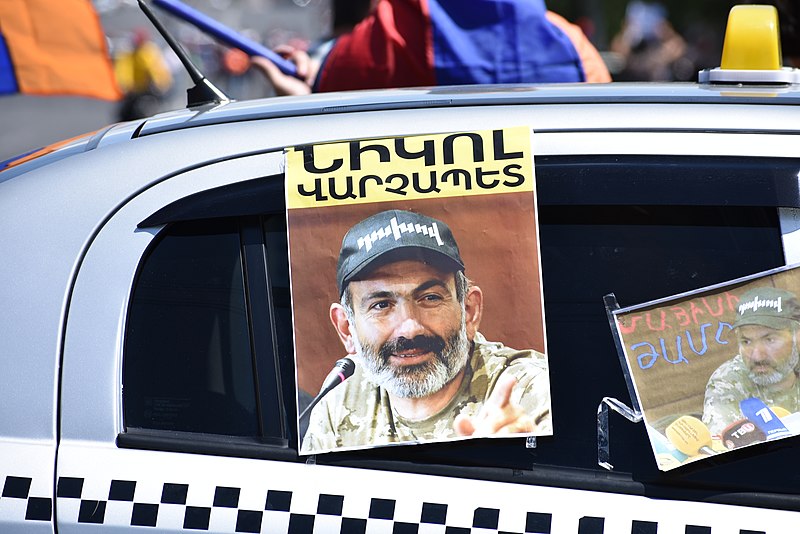 A poster of Nikol Pashinyan, who became Armenia’s prime minister in the 2018 pro-democracy “Velvet Revolution,” on a car in Yerevan. Photo credit: Wikimedia/Yerevantsi (CC BY-SA 4.0)

Armenia's Pashinyan wins reelection in landslide https://t.co/mychpBVgXA The elections were a unique event in post-Soviet Armenian history, as the results were not a foregone conclusion. The incumbent won an unexpectedly large mandate to stay in power.

Reuters (June 18, 2021): Election in Armenia, meant to end political crisis, is too close to call

Ani Mejlumyan, Eurasianet (June 17, 2021): Armenia’s ex-president seeks to lead again: Robert Kocharyan is trying for a unique feat in the post-Soviet space: a return to power. And he’s risen to the top of the heap of the many opposition contenders vying in the June 20 elections.