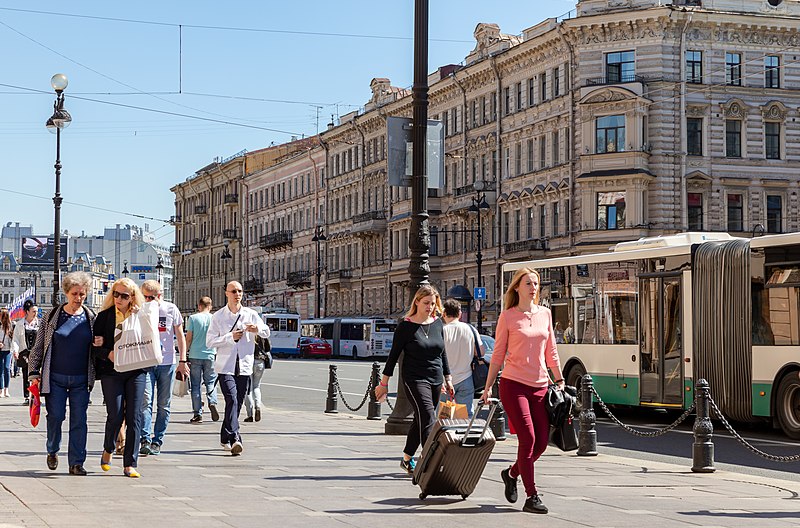 Nevsky Prospect, the main street of Saint Petersburg. Russia has continued its crackdown on the opposition and civil society ahead of elections due in September. Photo credit: Wikimedia/Ninara (CC BY 2.0)

Despite a large number of parties running for Armenia’s upcoming elections, the polls currently suggest a two-way race between Pashinyan and Kocharyan. But beyond the party leaders, who is running in each party’s list?

Christian Mamo, Emerging Europe (June 1, 2021): Armenia’s fruitless search for allies on which it can count

AP (June 1, 2021): Russian authorities ramp up pressure on opposition ahead of parliamentary elections

Lillian Posner, Atlantic Council (June 2, 2021): The gathering threat to the US in Kyrgyzstan

Graeme Wood, The Atlantic (May 28, 2021): The Ryanair Hijacking Pierced the Delusion of Flight: Flying over a foreign country has, until now, felt to most people like teleporting past it.