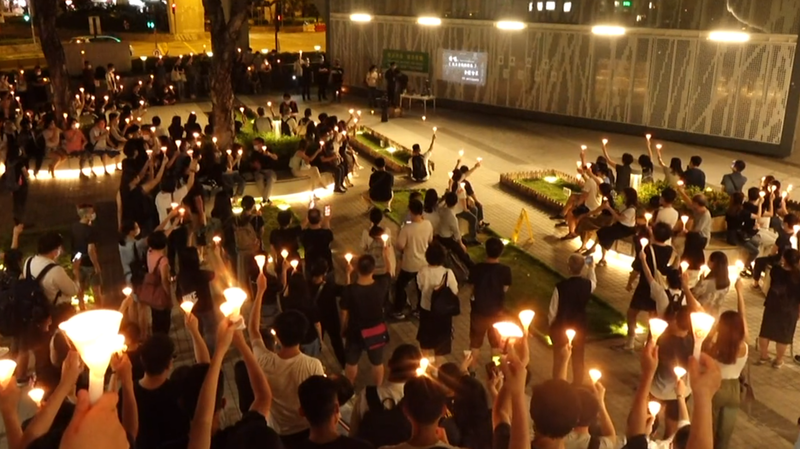 A vigil for the anniversary of the Tiananmen Square massacre in Hong Kong in 2020, right before the brutal crackdown began in Hong Kong itself. The government banned a memorial this year. But as the writer and critic Lu Xun (1881-1936) said, “Lies written in ink can never disguise facts written in blood.” Photo credit: Wikimedia/Strand News (free to use)

Mongolia, a free though imperfect democracy, has scheduled its presidential election for June 9, 2021, following parliamentary elections in June 2020 and local elections in October 2020. The country is stable, and economic growth continues, largely driven by mining. However, concerns have recently been raised about freedom and democracy. More

Reuters (June 4, 2021): What people are saying about Tiananmen anniversary and vigil ban in Hong Kong

Reuters (June 3, 2021): The impact of the national security law on Hong Kong

Five Indian states are due to hold elections in early 2022. These elections will be a key test for the national parties – and PM Narendra Modi –

Divya Subramanian, The Nation (June 2, 2021): Is Mahua Moitra India’s AOC? The MP from West Bengal says she knows how to defeat Modi.

PTI (June 1, 2021): India’s election commission is confident of holding five state polls in 2022 on time, even as the pandemic continues to spread

Shruti Kapila, The Print (May 31, 2021): Every election now is a plebiscite on Modi. India’s party system is crumbling

Rob Jenkins, Just Security (June 3, 2021): A Pending Decision Pits Peace vs. Democracy in the Philippines: Is Duterte Right This Time in Seeking a Three-Year Delay for Bangsamoro Elections?

Andreo Calonzo, Bloomberg (May 31, 2021): Duterte Gets Party’s Push to Stay in Power After Term Ends

Mu Sochua, The Diplomat (June 2, 2021): How the US Can Help Cambodians Restore Their Country’s Democracy

As a result of the deadlock, the prime minister has called new elections for May 21, but a court decided to block the new elections, reinstate the results, and overturn the decision to give HRPP an additional MP. As a result, FAST was declared the winner of the elections.

The Irrawaddy (June 2, 2021): To Disband NLD, Myanmar Junta to Probe for ‘Violations’ of Parties’ Registration Pledges