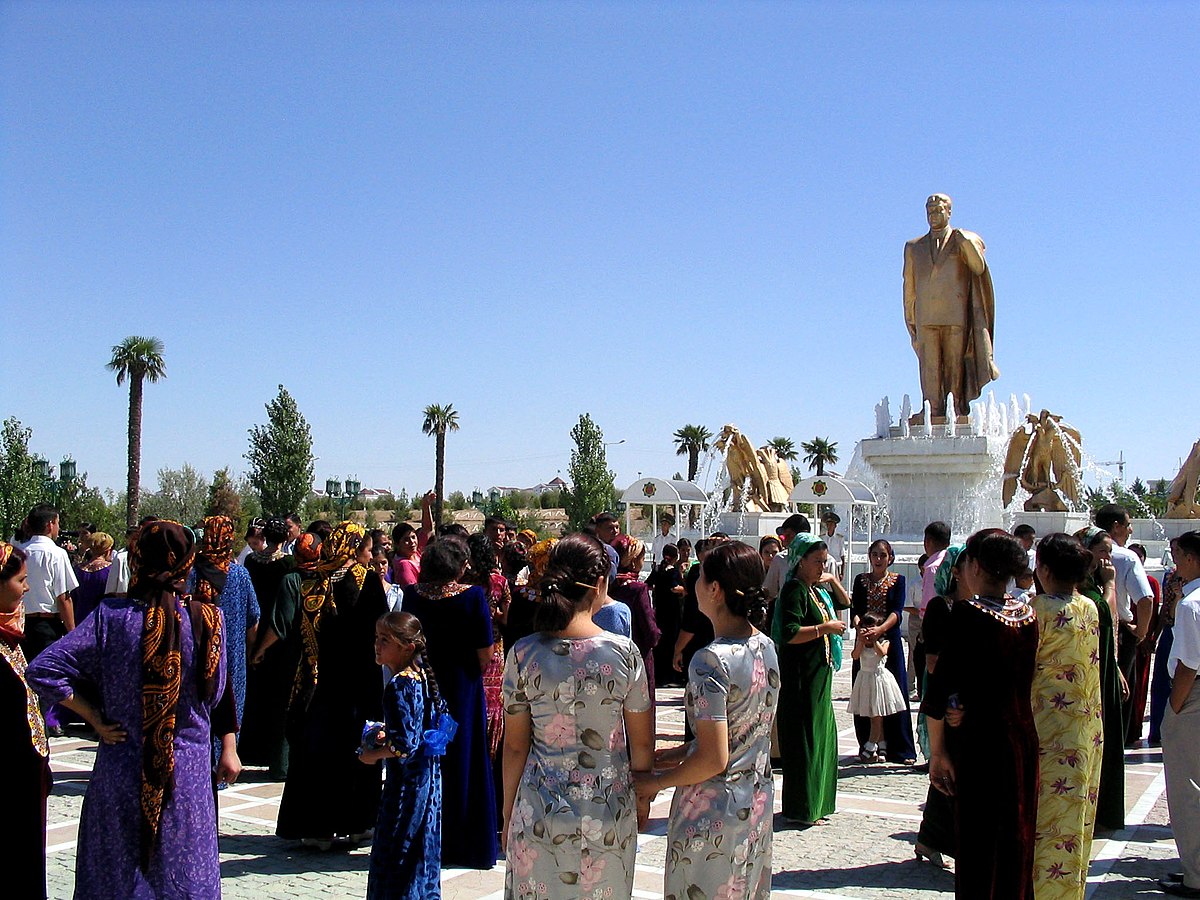 A wedding in front of a golden statue of the late dictator Saparmurat Niyazov, aka Turkmenbashi, in Ashgabat, Turkmenistan. Turkmenistan held parliamentary elections in late March, although no genuine opposition is able to operate in the country and there have never been free or fair elections. Photo credit: Wikimedia/Ben Paarmann (CC BY 2.0)

AFP (March 28, 2021): Armenia PM Pashinyan to resign in April ahead of snap election to defuse crisis

Nataliya Vasilyeva, The Telegraph (April 1, 2021): Russia warns against travel to Georgia after protesters pelt eggs at Russian TV anchor on his birthday

JAMnews (March 30, 2021): EU mediator again in Tbilisi with proposals on how to solve Georgian political crisis

Ian Kelly and David J. Kramer, The Bulwark (March 29, 2021): How the U.S. should respond to the trouble in Georgia

Evija Djatkovica, Foreign Policy Research Institute (March 31, 2021): The Belarus crisis through the eyes of its Baltic and Nordic neighbors