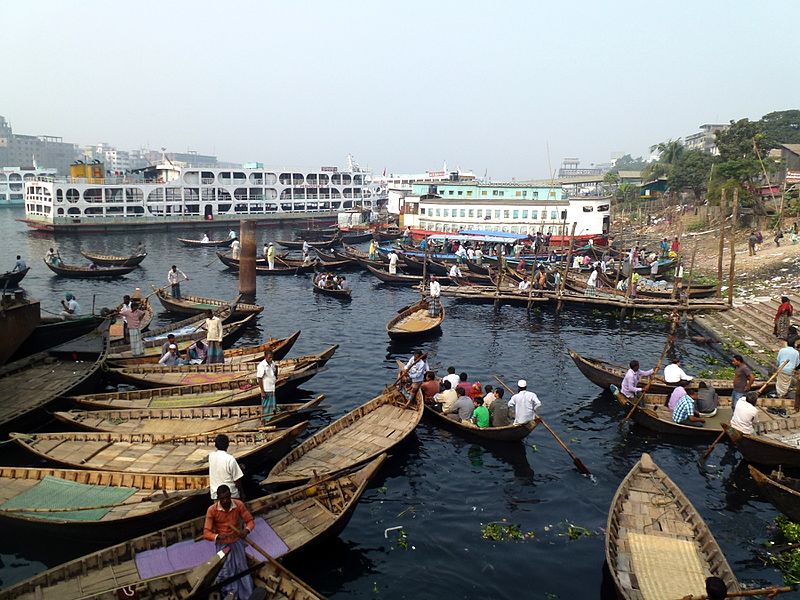 Sadarghat, a wharf at the Port of Dhaka on the Buriganga River in Bangladesh. Bangladesh holds the first stage of municipal elections in December. Photo credit: Wikimedia/Hiroki Ogawa (CC BY 3.0)

Indonesia will hold local and provincial elections on December 9, 2020. More than 100 million eligible voters will elect governors in nine of Indonesia’s 34 provinces, plus regents in 224 districts, mayors in 37 cities and 32 provinces across Indonesia.

Bangladesh will hold municipal elections in five stages over the course of the next few months. The coutnry held general elections to the Jatiya Sangsad (parliament) in December 2018 amid political violence and harassment of the opposition. The Awami League (AL) AL has been in power since 2009 and is becoming increasingly authoritarian.

Gagandeep Singh Dhillon, The Indian Express (November 22, 2020): Explained: How Tibetans across the world will elect their parliament in exile

Maldives is due to hold local elections, which will likely take place on March 6, 2021. The country, an idyllic Indian Ocean archipelago usually associated with honeymoons and oligarchs, lived under a brutal dictatorship for decades. However, the country had a remarkable transition to democracy in 2008. However, the consolidation of democracy remains an ongoing challenge. Moreover, Maldives has become a flashpoint for geopolitical competition in the Indian Ocean. More

Nectar Gan, CNN (November 25, 2020): A tale of two bridges: India and China vying for influence in the Maldives

Malaysia is not due to hold parliamentary elections until May 2023, but the fragile political situation means snap elections are possible, and Prime Minister Muhyiddin Yassin has indicated that he will in fact call early general elections once the COVID-19 pandemic is over. Meanwhile, several of Malaysia’s states are due to hold elections in the next year. The country’s politics have been turbulent since the historic defeat of UMNO – which had ruled since 1957 – in the 2018 elections. UMNO is back in power but hanging on by a thread. To complicate matters further, the country is also due to hold several by-elections, but the government is delaying them, ostensibly due to COVID-19. However, the opposition is likely to win the by-elections, so delays prevent the government’s majority from narrowing even more.  More

The Straits Times (November 28, 2020): Malaysia’s PM Muhyiddin says he will call for general election once Covid-19 pandemic is over

Rights groups have called for the holding of by-elections at the earliest possible time in areas where #elections were canceled in #Myanmar.https://t.co/WQVR6ZX2Ry