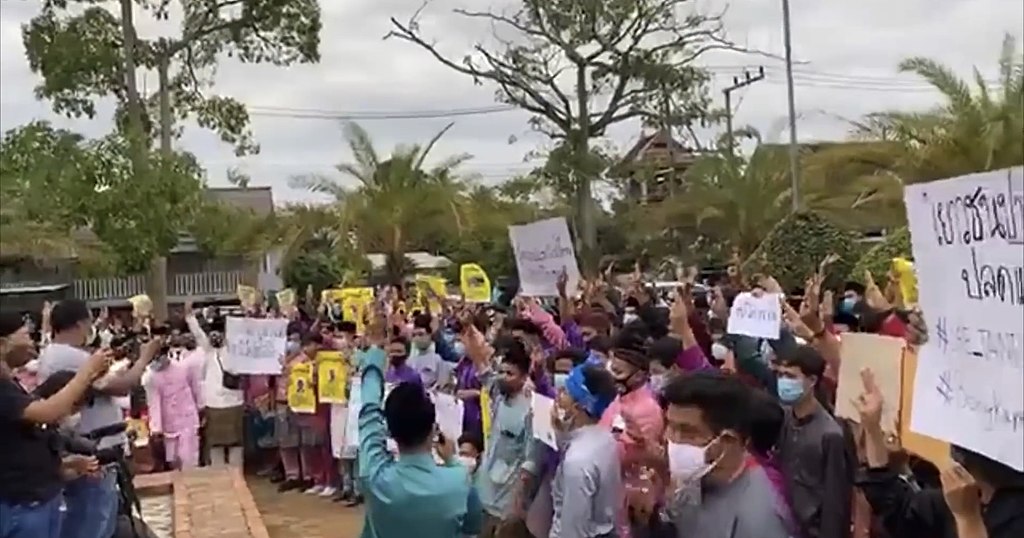 Protest in in Pattani Province in August 2020. Thailand holds provincial elections in December amid widespread protests for unprecedented reforms. The protests began in February 2020 and are ongoing. Photo credit: Wikimedia/Prachatai (CC BY 3.0)

Indonesia will hold local and provincial elections on December 9, 2020. In these elections, Indonesians will elect governors in nine of Indonesia’s 34 provinces, plus regents in 224 districts, mayors in 37 cities and 32 provinces across Indonesia. There are more than 100 million eligible voters.

In Indonesia’s April 2019 elections – the biggest single day of voting in the history of the world – incumbent Joko Widodo (Jokowi), widely seen as a reformer, defeated challenged Prabowo Subianto for the presidency in an election deemed free and fair by the international community. However, Prabowo didn’t accept the results, and in addition to challenging them in court, he urged his supporters to take to the streets. Rioting subsequently ensued. Prabowo ultimately accepted the results, but tensions remain, particularly regarding the role of religion in politics. More

Gary Schmitt and Ellen Bork, The Hill (November 13, 2020): A cry for democracy in Hong Kong

Editorial Board, Washington Post (November 13, 2020): China strikes its worst blow yet against autonomy and rule of law in Hong Kong

In 2016, populist firebrand Rodrigo Duterte won the presidency, claiming to be an outsider. He has governed with an iron fist, waging a drug war that has resulted in thousands of extrajudicial killings, sparking an investigation by the International Criminal Court for crimes against humanity. The government has cracked down on critics, including elected officials and journalists. Duterte allies swept the 2019 midterm legislative and local elections. Although he is banned from seeking a second term, critics fear that he will seek to consolidate illiberalism in the form of a handpicked successor.

India’s Bihar State held elections to its Legislative Assembly between October 28 and November 7, 2020. Additionally, 14 states will hold by-elections to fill 64 seats in 14 state legislative assemblies. As policy analyst Aditi Dayal noted before the elections: “These will be the largest voting exercise globally since the COVID-19 pandemic began.”

Prime Minister Narendra Modi’s Hindu nationalist Bharatiya Janata Party (BJP)  pulled off a victory in Bihar, to the surprise of some analysts. More

The Economist (November 7, 2020): Aung San Suu Kyi was supposed to set Burmese democracy free. Instead she has clipped its wings.

Bangladesh held general elections to the Jatiya Sangsad (parliament) in December 2018 amid political violence and harassment of the opposition. The Awami League (AL) AL has been in power since 2009 and is becoming increasingly authoritarian.