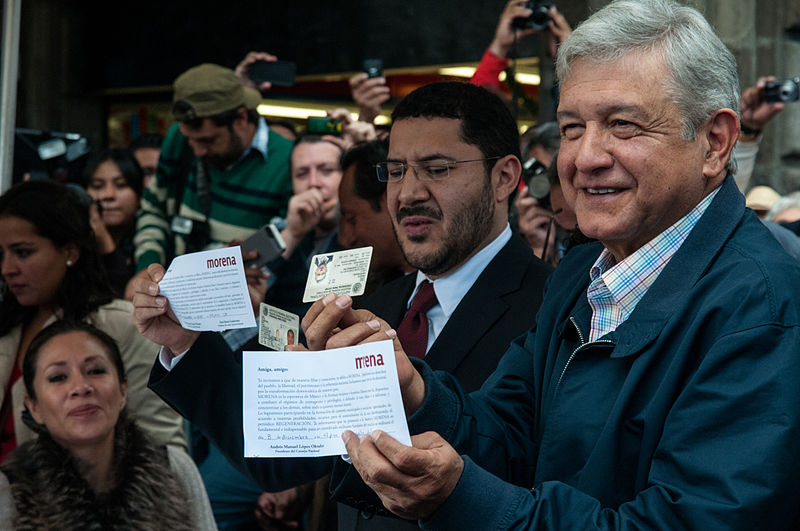 Mexico held a referendum on prosecuting former presidents on August 1, although many critics have dismissed it as pointless political theatre. Turnout was less than 7 percent, meaning the results are not binding.

This follows high-stakes midterm elections, which were a key test for left-wing populist firebrand Andrés Manuel López Obrador (frequently called AMLO) ahead of the 2024 presidential election, and he largely lost – his MORENA party did not get its majority in the legislature, and although MORENA won most of the state governorships, it lost control of most areas of Mexico City. AMLO, who has been governing in an increasingly authoritarian manner, wants to transform Mexico by jettisoning the market economy, but these election results will make it harder for him to do that.

#Mexico: "By organizing a referendum with an ambiguous, unclear question, #AMLO hopes to garner political points for promoting popular participation while seeking political cover for his refusal to truly investigate Peña Nieto and the military’s top ranks."https://t.co/3op2oxLA9Q

Kevin Sieff and Alejandra Ibarra Chaoul, Washington Post (July 31, 2021): Mexicans will vote on whether to prosecute former officials. Is it transitional justice or political theater?

Allegations of fraud followed Haiti’s presidential 2015 election, sparking a political crisis that remains ongoing. Some have called for the upcoming elections to be delayed.

Editorial Board, Washington Post (July 27, 2021): Haiti needs elections — and outside forces to make them safe

Chile holds presidential and legislative elections in November, following presidential primaries on July 18 that produced surprise results ). These elections follow the May 2021 local elections, and importantly, elections to the Constitutional Assembly. Incumbent president Sebastian Pinera, from the center-right Chile Vamos coalition, is not running for another term. He currently has low approval ratings. Moreover, the conservatives failed to secure even one third of the Constitutional Assembly.

Jorge Felipe-Gonzalez, The Atlantic (July 31, 2021): I Watched Cuba Crumble From the Inside

The #Commonwealth Observer Group deployed to #SaintLucia has released an interim statement saying the results of the 2021 General Election ‘conclusively reflect the will of the people.’

Read the full story and the statement 👉: https://t.co/ESi0ay7HUK#CommonwealthElections 🗳

The Economist (July 31, 2021): Peru’s left-wing new president pushes for a new constitution: But it remains unclear how radical Pedro Castillo can be