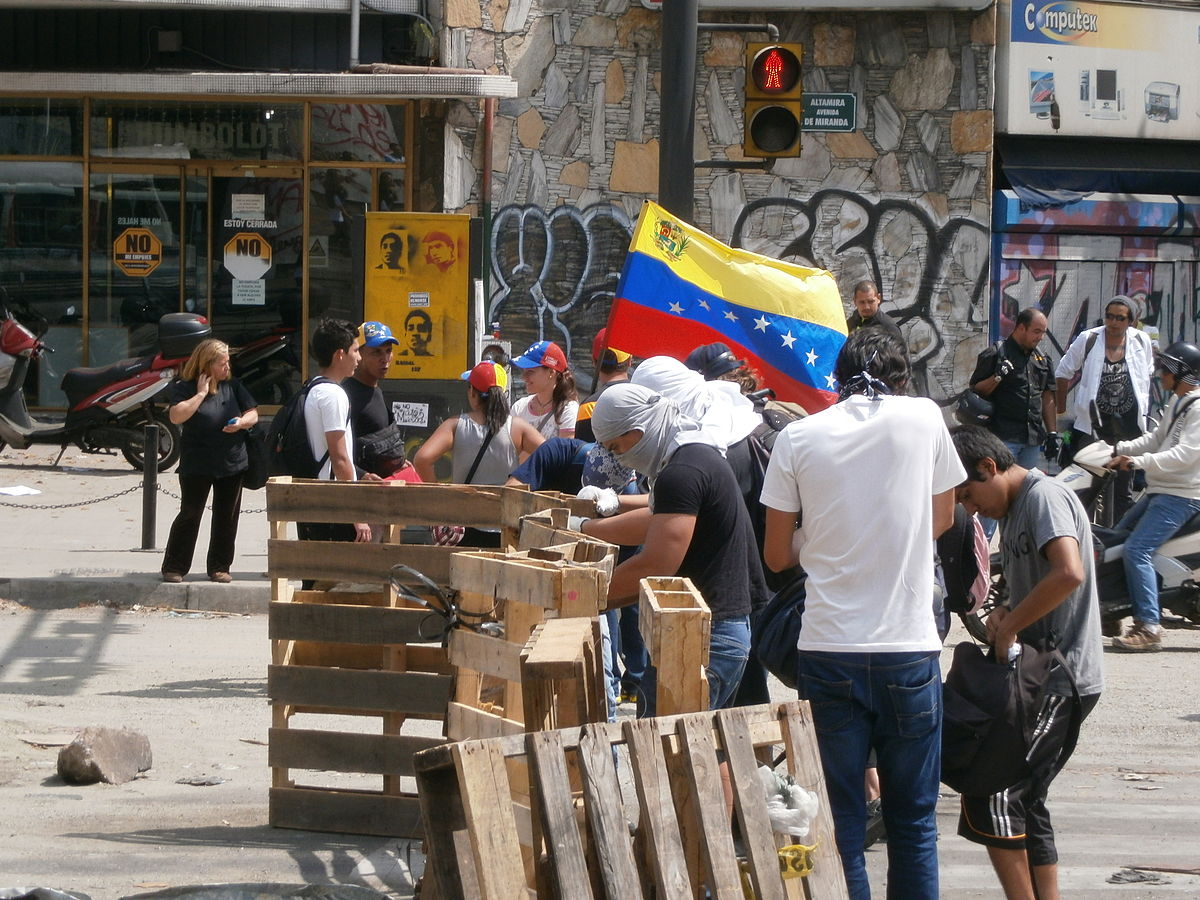 Protests against Venezuela’s Maduro regime in Caracas in March 2014. Venezuela has just set November 21, 2021 as the date for local and gubernatorial elections this year, although the opposition could boycott. Photo credit: Wikimedia/Wilfredor (CC1 1.0)

Chile has delayed its local and regional elections, originally scheduled for April 11, 2021, to May. In addition, voters will elect all 155 members of a Constitutional Assembly, after a referendum in which Chileans voted to write a new constitution (and the new constitution will need to be approved by another referendum).

In constituent assembly elections of #Chile, traditional parties with meager results. The rightist government not reaching the 1/3 of seats that would help it defend some of Pinochet's legacy. Independents now key, future open. https://t.co/gj4XFOQIPm #ChileConstituyente

David Frum, The Atlantic (May 15, 2021): The Collapse of a Once-Promising Democracy

Eduardo Campos Lima, National Catholic Reporter (May 13, 2021): Like many in Peru, Catholics unsure who’ll get their vote for president

Peru’s upcoming presidential election is really a referendum on its troubled constitution. https://t.co/ptCvPioQdL

Mexico News Daily (May 14, 2021): Another candidate killed in second most violent election season since 2000

Luis Chaparro, Business Insider (May 13, 2021): One of the DEA’s most-wanted men wants to be mayor of some of Mexico’s most violent territory

The United States Wednesday urged nations “to act quickly” in deciding on the composition and date of an Organization of American States mission to Haiti, which is under pressure to hold legislative, local and presidential elections this fall. https://t.co/OOm5oG1MVH

Reuters (May 12, 2021): Ahead of general election, Nicaraguan archdiocese urges that abortion not be an election issue

The opposition is likely to boycott the regional elections as well. These elections are taking place in the context of ongoing political, constitutional, and humanitarian crises have been going on for years.  More

Colombia is due to hold presidential and legislative elections in spring 2022. Conservative Ivan Duque, elected president in 2018, is constitutionally barred from running for re-election. One of the frontrunners to replace him is former left-wing guerilla Gustavo Petro, who placed second in 2018. The country has been rocked by riots in recent weeks. The proximate cause was a tax bill, but the protests have grown, and dozens have died.

Will Freeman, Foreign Policy (May 12, 2021): In Central America, Rule of Law Is Under Attack. El Salvador Is the Latest Victim