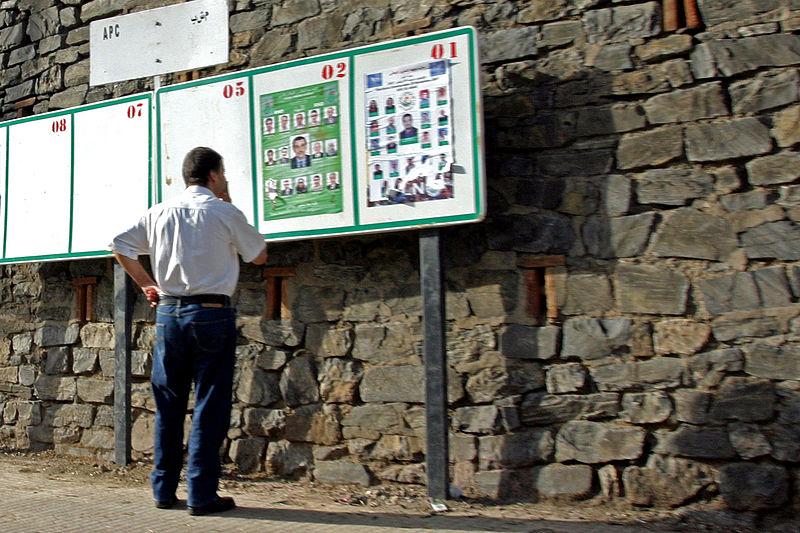 Election posters in Algeria during the 2012 elections. The country heads to the polls again this year for early legislative and local elections, after two years of protests by the Hirak movement. Photo credit: Wikimedia/Magharebia (CC BY 2.0)

My latest for the @AtlanticCouncil on Iranian singer Sasy Mankan's latest hit, which features a cameo by an American adult film actress.

The video is such a big controversy in Iran right now that one journalist called it "more dangerous than polio." https://t.co/FM59AFb1gg

Golnaz Esfandiari, RFE/RL (March 11, 2021): Amid Nuclear Standoff, Who’s In The Running To Take The Reins In Iran?

#morocco security forces disperszd a protest by teachers in Rabat today; when one of them wanted to speak to a local media, this happened pic.twitter.com/WiHAh1x6yA

Pakistan held indirect Senate elections on March 3. Prime Minister Imran Khan had oped his allies would gain a majority in the upper house, especially since a majority of the electors – MPs and provincial legislators – belong to his PTI. However, in a secret ballot, many crossed party lines and voted for opposition candidates, thus denying Khan his majority.