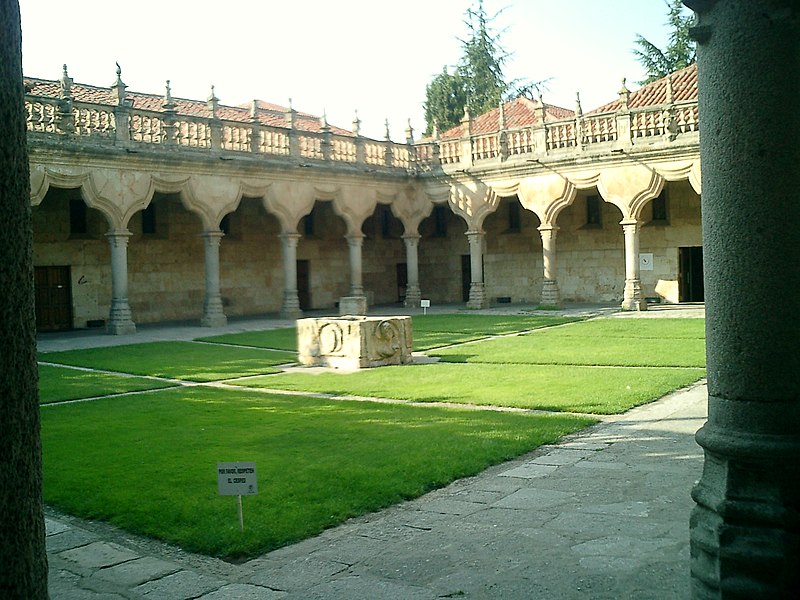 A courtyard of the University of Salamanca in Spain’s Castile and León region, which just held regional snap elections. Salamanca is the oldest university in Spain and one of the oldest in the world, founded in 1218. Photo credit: Wikimedia/Diego Deiso (CC-BY-SA)

Jon Henley, The Guardian (February 14, 2022): French elections 2022: what could happen when country heads to polls? As France prepares to elect next president, nearly half of voters say they are still undecided

Jonathan Miller, The Spectator (February 10, 2022): How democratic are the French elections? The strange rules which could stop Zemmour and Le Pen from running

Clare Rice, London School of Economics (February 11, 2022): Political turmoil again in Northern Ireland, but not as we know it: understanding the dynamics of the 2022 election

Majda Rudge, European Council on Foreign Relations (February 11, 2022): Peace of the action: The Kremlin’s plans in Bosnia and Ukraine

The Czech Republic is due to hold a presidential election by January 2023. These follow parliamentary elections, which took place on October 8-9, 2021. The then-incumbent prime minister, controversial billionaire Andrej Babiš, and populist ANO party lost to an opposition coalition of the center-right and the center-left Pirates. Petr Fiala from the Civic Democratic Party became prime minister. Babiš’s government was friendly toward Russia and China, but the new government appears to be changing course.

The Czech Republic is a parliamentary democracy; as such, the prime minister holds most executive power, while the president is the head of state. However, current president Miloš Zeman, an anti-immigrant populist who also favors closer ties to Russia and China, has been accused of overstepping his constitutional role, with Babiš being insufficiently powerful to stop him. Zeman is not eligible to run for a third term. More

David Hutt, Euronews (Feburary 15, 2022): Meet the extrovert billionaire bidding to be the Czech Republic’s next president

After that, the country holds local and general elections in 2023.

Guy Hedgecoe, Politico (February 10, 2022): ‘Empty Spain’ in the spotlight as countryside fights back: Election in the rural region of Castile and León highlights the inequalities between rural and urban.