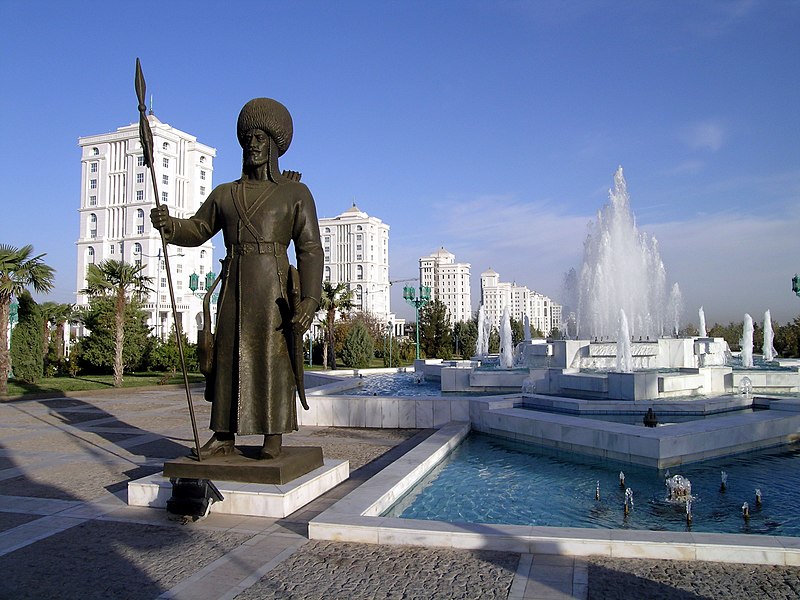 Ashgabat, capital of Turkmenistan, which has called a snap presidential election for March 12 so that the current president’s son can succeed him. Photo credit: Wikimedia/Michael Karavanov (CC BY-SA 3.0)

Yuras Karmanau, AP (February 14, 2022): Ukraine president’s ratings fall as crisis with Russia brews: Volodymyr Zelenskyy was a political novice running to become Ukraine’s president when he vowed to reach out to Russia-backed rebels in the east who were fighting Ukrainian forces and make strides toward resolving the conflict

Tajikistan – an authoritarian state with no free or fair elections, no genuine, credible opposition operating inside the country, and almost no independent media – held its most recent presidential election in October 2020. The People’s Democratic Party of President Emomali Rahmon (who has been in power since 1994) won most of the seats in the Assembly of Representatives in the 2015 elections, which were surrounded by the arrest and torture of opposition figures and a smear campaign of the opposition by state-controlled media. The opposition Islamic Renaissance Party (IRPT) – the only actual opposition party to be  represented in parliament – lost both its seats, and was banned shortly after the elections.

Emomali’s 31-year-old son Rustam Emomali has been installed as mayor of the capital, Dushanbe, as well as speaker of the upper house of parliament, and is possibly being positioned to run for the presidency next year. During the 2013 elections, the opposition united behind the secular candidate Oinihol Bobonazarova, but she withdrew from the race after being unable to collect the required signatures, probably due to the fact that her campaign volunteers were being arrested while they collected signatures.