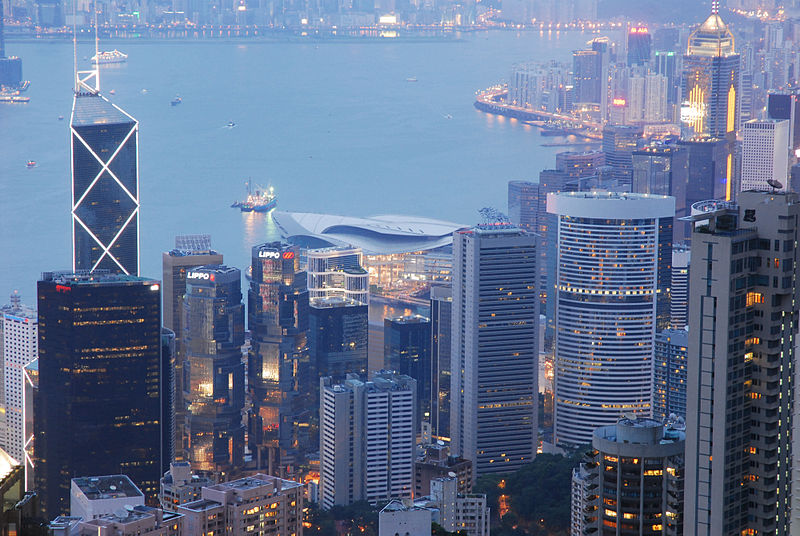 On May 8, 2022 (delayed from March), an Election Committee consisting of 1463 people – primarily pro-Beijing politicians and business figures – will choose the Chief Executive. Incumbent Carrie Lam has indicated that she will not run for a second term. Former security chief John Lee is the only candidate to replace her. Overall, the process has been characterized by a lack of transparency and a heavy hand from Beijing. More

William Yang, DW (May 6, 2022): Hong Kong election: Will the crackdown on rights and freedoms continue?

Jenni Marsh Bloomberg (May 4, 2022): How China Has Stacked the Deck in Hong Kong Elections

Australia is holding federal parliamentary elections on May 21, 2022. Meanwhile, several states hold elections in 2021. In the last general elections, in 2019, Prime Minister Scott Morrison’s Liberal Party won in a surprise result, after trailing in pre-election polls.

This year, Labor, under the leadership of Anthony Albanese, hopes to come back into power after nine years in opposition. More

Allan Glyngell, Australian Financial Review (May 6, 2022): Why the G20 meeting in Bali is make or break for Australia: As foreign policy takes centre stage in the campaign, the unstable global order is complicating Canberra’s century-long search for a seat at the table.

Next up: Bangkok holds its first gubernatorial election in nine years on May 22 (Pattaya also holds local elections that day). In addition, snap general elections are possible. More

Tita Sanglee, The Diplomat (May 5, 2022): The Significance of the Long-Awaited Bangkok Gubernatorial Election

South Korea holds local elections on June 1. These follow the March presidential election, which conservative Yook Seol-yeol former prosecutor general won. He narrowly defeated Lee Jae-myung from the Democratic Party, the center-left party of incumbent Moon Jae-in. The campaign was nasty and neither major candidate is particularly popular with voters or with his respective party – both won their primaries narrowly.

Sopheng Cheang, AP (May 3, 2022): Cambodian dissident dresses up as ‘Lady Justice’ for trial

Japan holds elections for half of the House of Councillors, the upper house of the bicameral parliament, on July 25, 2022. These follow general elections that took placeon October 31, a bit earlier than the November deadline. The ruling Liberal Democratic Party (LDP), which has dominated Japanese politics since 1955, won another term in office, despite somewhat decreased approval ratings in recent months. Former foreign minister Fumio Kishida, who won the LDP’s pre-election leadership contest after former prime minister Yoshihide Suga decided not to run for re-election, was thus elected prime minister.

The upper house elections are important because a win for LDP would bring more political stability and reduce the chances of snap general elections.

Jiro Otani, Japan Forward (May 6, 2022): Kishida: LDP to Call for Constitutional Change in Next Elections

The Sentinel Assam (May 5, 2022): In Maldives, protests against pro-Chinese former President sharpen

Parul Chandra, Deccan Herald (May 4, 2022): In the Maldives, India deftly watches China’s moves: India’s engagement has acquired a sense of urgency as the archipelago is headed for elections next year

Joshua Kurlantzick, World Politics Review (May 2, 2022): Whenever Jokowi Leaves Office, Indonesia’s Democracy Will Be Worse Off

The Solomon Islands announced a security deal with China in March 2022. This decision sent geopolitical shockwaves throughout the region.

Denghua Zhang, Lincy Pendeverana, and Walter Diamana, The Diplomat (May 4, 2022): What Do China and Solomon Islands Get From Their Security Pact? A look at China’s goals and the domestic politics of the deal in the Solomons.

The current political crisis began with a series of street protests over daily power cuts and food shortages. The opposition has called for fresh elections.

Outlook India (May 6, 2022): Students Protest In Sri Lanka Amid Political Unrest: Sri Lanka government won a key vote in Parliament on Thursday as a ruling coalition-backed candidate was elected deputy speaker, despite growing public pressure on the government amid the worst economic crisis in decades.