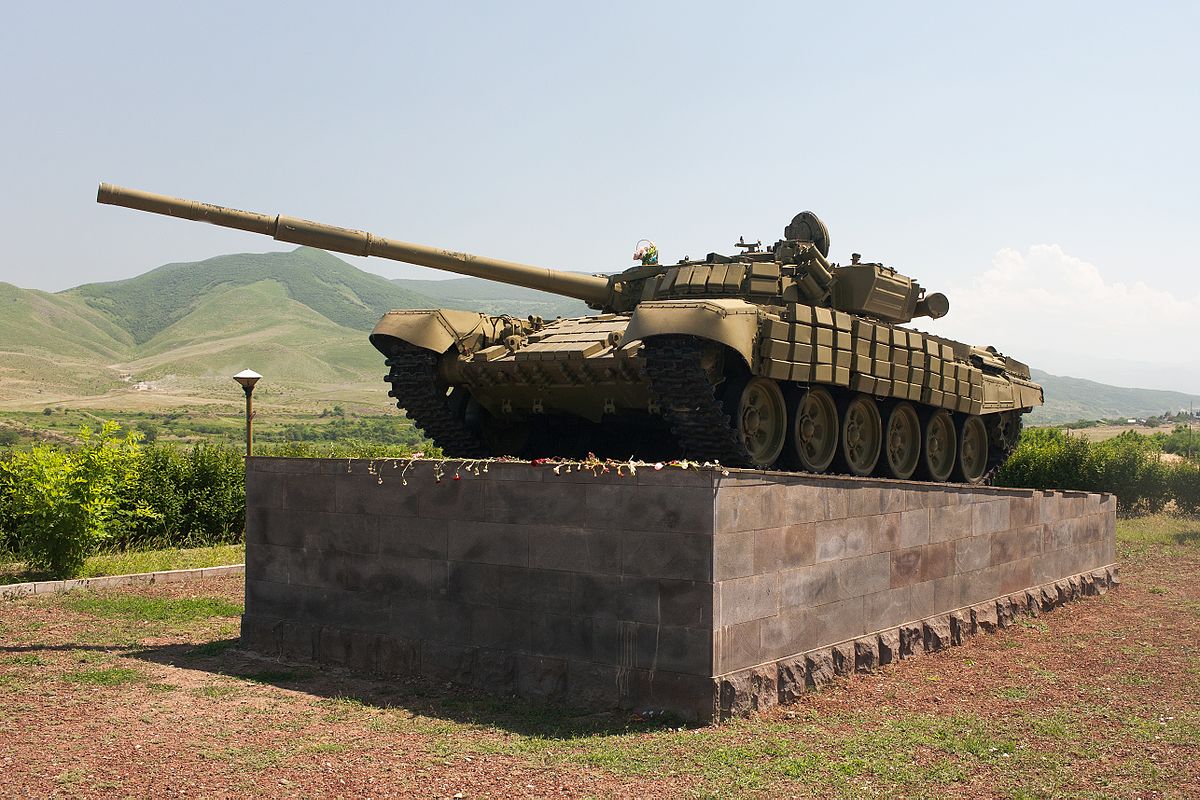 A T-72 tank at the Askeran Tank Memorial near Stepanakert, Nagorno-Karabakh. Armenians have been protesting the government’s handling of the aftermath of the most recent Nagorno-Karabakh war and calling for the ouster of PM Pashinyan. Photo credit: Wikimedia/KennyOMG (CC0 1.0)

RFE/RL (May 4, 2022): Navalny Says Notorious Prison Is Preparing For His Arrival

The last elections were snap parliamentary elections on July 11, 2021 which pro-Europe center-right president Maia Sandu had been trying to call for months because in Moldova’s parliamentary system, a legislative majority is necessary to execute on any policy agenda. Prior to these elections, party had a clear majority in parliament (and Sandu’s allies were outnumbered by pro-Russian parties), leading to political instability. Sandu’s allies ended up winning in a landslide.

Anda Bologa, CEPA (May 4, 2022): Moldova: Skating on Thin Ice: The tensions in Transnistria enhance concerns that Moldova could be the next country to fall victim to Russian military aggression

RFE/RL (May 4, 2022): Protests Continue In Armenia Over Nagorno-Karabakh ‘Concession’ Fears

Amy Mackinnon, Foreign Policy (May 4, 2022): Belarus Is the Other Loser in Putin’s War: Minsk enabled Moscow in its Ukraine war. Now, Belarusians are paying the price.

Emily Couch and Sher Kashimov, Foreign Policy (May 2, 2022): How Western Media Framed Kazakhstan’s Protests: A complicated conflict was reduced to an easy narrative of riots and chaos

Shota Kincha, Luiza Mchedlishvili, Ani Avetisyan, and Ismi Aghayev, OC Media (May 3, 2022): Censorship and violence: the challenges to press freedom in the Caucasus in 2022