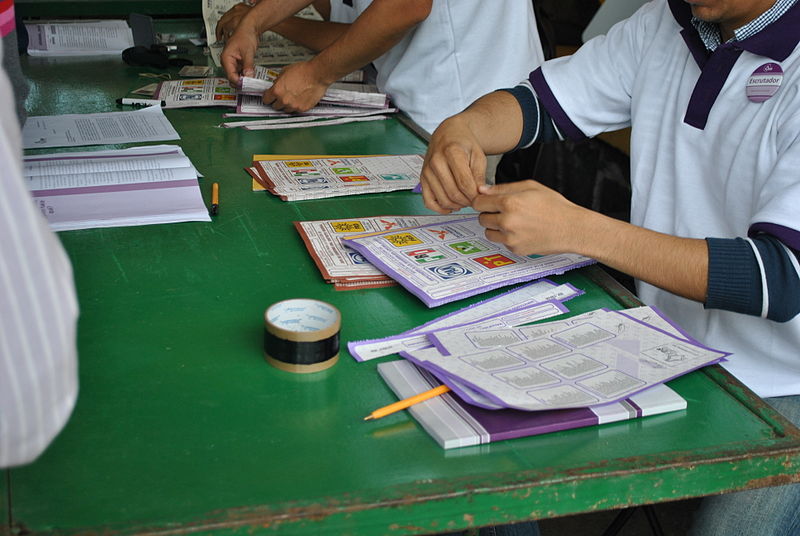 Ballots for Mexico’s 2012 elections. Mexico heads to the polls again in June, in a key test for populist president AMLO, amid a climate of rising political violence. Photo credit: Wikimedia/Protoplasma Kid  (CC-BY-SA 4.0)

Ian Bremmer, Time (March 12, 2021): What Happens Next in Brazil Now that Lula Has Returned

Oliver Stuenkel, Americas Quarterly (March 8, 2021): Brazilian Democracy Is Holding Up — But the Biggest Test Will Come in 2022

Bolivia held regional and municipal elections on March 7, 2021. These follow a rerun of the 2019 annulled general elections that took place on October 18, 2020 in which socialist Luis Arce won the presidency. Leftist firebrand Evo Morales has returned to the country to lead his party, although apparently not every member of his party loves him. Opposition candidates won the mayoral elections in 8 out of 10 of Bolivia’s biggest cities. More

Marco Alemán, AP (March 12, 2021): El Salvador’s president, seen as having an authoritarian streak, is about to tighten grip on power