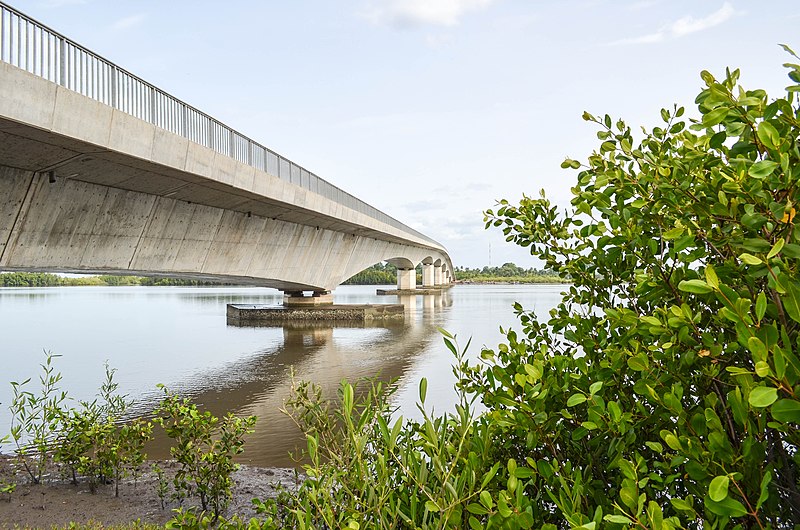 The bridge over Rio Farim-Cacheu, São Vicente, Guinea-Bissau. Guinea-Bissau is set to hold snap elections by the end of 2022. Photo credit: Wikimedia/jbdodane (CC BY 2.0)

The Central African Republic (CAR) had planned to hold local elections in September 2022, but they have been delayed. If held, these will be the first local elections since 1988, and they follow presidential and partial legislative elections that took place on December 27, 2020 in the midst of a worsening security situation. Rebels disrupted voting in some areas, so consequently, those constituencies held the first round of their legislative elections on March 14, 2021. In addition, some of the constituencies that did vote on December 27 held runoff elections for their legislators.

Guinea-Bissau’s president has dissolved parliament and called for snap elections by the end of 2022.

There is an ever-present risk of a coup (and in fact, one was attempted in January 2022).

ISS Pretoria (May 23, 2022): Slim chance that Zimbabwe’s 2023 elections will be competitive: There are new contenders, but the political playing field is as unbalanced as under Robert Mugabe

Columbus Mavhunga, Voice of America (May 20, 2022): EU Calls for Zimbabwe to Implement Electoral Reforms Ahead of 2023 Polls

Africa Intelligence (May 17, 2022): Kinshasa under pressure from US and EU as 2023 election complications loom

Africanews with AFP (May 19, 2022): ECOWAS experts in Burkina to assess security situation

Nick Roll, A; Jazeera (May 21, 2022): At The Gambia’s Memory House, victims rewrite Jammeh-era history: A museum outside the capital Banjul is educating Gambians on abuses committed under former leader Yahya Jammeh’s 22-year rule.