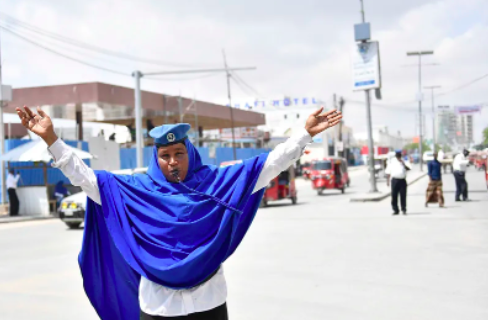 Loïcia Martial, RFI (April 16, 2022 – in French): Congo-B: the ruling party has nominated its candidates in the 2022 legislative elections

David E Kiwuwa, The Conversation (April 7, 2022): Odinga is running his fifth presidential race. Why the outcome means so much for Kenya

Lesotho is due to hold general elections in September or October 2022, for the third time in six years.

Virginia Pietromarchi, Al Jazeera (April 6, 2022): What is happening with Chad’s peace talks in Doha? About 300 rebels landed in the Qatari capital, seeking a peace deal, but find themselves in a curious cohabitation.

The DRC is due to hold general elections in 2023.

DW (April 6, 2022): Burkina Faso ex-leader Compaore sentenced to life over Sankara assassination: The exiled leader fled the country after protesters threw him out of government, so he was convicted in absentia.

Jammeh sought to influence the 2021 election from exile (he is currently in Equatorial Guinea). Although Jammeh and Barrow had previously made a controversial pre-election deal, they abandoned it and Jammeh ultimately called on voters to oust Barrow, who nonetheless won re-election by a large margin.

Even though international observers and Gambian civil society organizations have called the 2021 presidential election credible, some opposition candidates challenged the results, highlighting the fact that Gambia still has a ways to go in its transition to democracy.

Zimbabwe held by-elections on March 26, 2022 to fill 28 parliamentary seats and 105 local seats. A new opposition party called the Citizens’ Coalition for Change (CCC) won a majority of the seats up for election. CCC is led by Nelson Chamisa, who broke with Zimbabwe’s traditional opposition party, the Movement for Democratic Change (MDC) over internal politics. CCC won 19 parliamentary seats while the ruling ZANU-PF won nine.

General elections are due in 2023. They will be the second since the 2017 coup that led to the fall of Robert Mugabe, Zimbabwe’s longtime dictator, who left a legacy of gross economic mismanagement and political repression. Democracy continues to face many challenges in Zimbabwe, and the current president, Emmerson Mnangagwa, governs in an authoritarian, repressive manner.

Jos Meester and Guido Lanfranchi, Clingendael (April 14, 2022): A clash of nationalisms and the remaking of the Ethiopian State