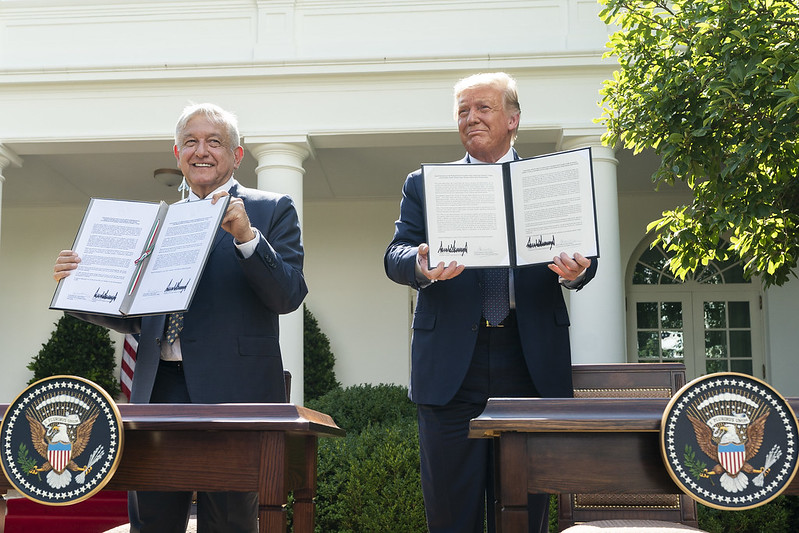 Mexico will hold a referendum on April 10 in which voters will decide whether to recall President Andrés Manuel López Obrador (frequently called AMLO). AMLO, a leftist firebrand, was elected in 2018. Mexican presidents serve a single, non-renewable six-year term. However, AMLO promised voters that he would give them a chance to recall him halfway through his term. Therefore, ironically, the recall referendum is being organized by AMLO’s supporters.

Mexico’s last elections were high-stakes midterm legislative elections, as well as gubernatorial elections in 15 of Mexico’s 31 states, and local elections, on June 6, 2021. In total, more than 21,000 offices were at stake – the biggest elections in Mexico’s history. AMLO’s MORENA party did not get its majority in the legislature, and although MORENA won most of the state governorships, it lost control of most areas of Mexico City.

Carrie Kahn, NPR (April 9, 2022): Here’s why Mexico’s president is launching a vote to recall himself

Nick Taylor-Vaisey, Andy Blatchford, and Zi-Ann Lum, Politico (April 6, 2022): Decoding the freedom-loving firebrand who wants to be Canada’s next PM

Nick Taylor-Vaisey, Politico (March 30, 2022): Canada’s bombshell political deal is impossible to predict – but we’ll give you a shot at figuring it out

The referendum follows last year’s presidential and legislative elections. Far-left socialist former student leader Gabriel Boric defeated Jose Antonio Kast, a far-right legislator, in the runoff. Although results of the July 18 presidential primaries seemed to indicate that voters seem to want a return to moderation, the center-right candidate from former president Sebastián Pińera’s coalition did not even make the runoff. However, the legislative elections were a bit more complicated. Piñera’s Chile Podemos Más coalition will have the most seats in the Senate, and the Chamber of Deputies is split nearly evenly between right and left-leaning members. These results will potentially constrain Boric’s ability to pursue a far-left agenda. All newly-elected officials took office in March 2022.

Ecuador is due to hold regional elections in March 2023. In the 2021 general elections, conservative Guillermo Lasso edged out indigenous activist Yaku Pérez for a spot in the runoff. He subsequently surprised many by decisively defeating left-wing economist Andrés Arauz, a protege of former president Rafael Correa (himself barred from running after being convicted of corruption). However, Lasso does not have a majority in the country’s congress, and gridlock has inhibited many of his plans.

Lasso has proposed holding a referendum on reforms to the justice system concurrently with the regional elections.

Emanuele Ottolenghi, The Dispatch (April 4, 2022): The Kremlin’s Latin American Echo Chamber: A trio of Spanish language media networks controlled by Iran, Russia, and Venezuela push out propaganda and disinformation to demonize the West.