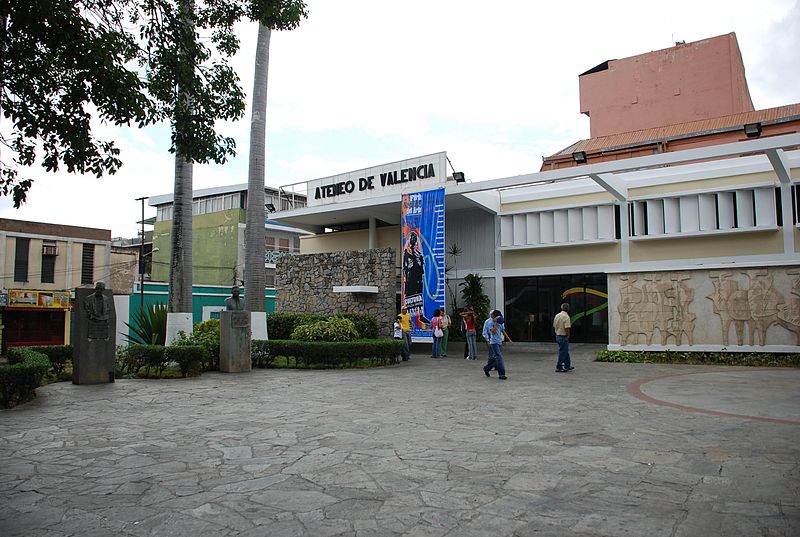 The Atheneum, a cultural building in Valencia, Venezuela. Venezuela holds local elections in November and the opposition has announced that it will participate. Photo credit: Wikimedia/Periergeia (CC BY-SA 3.0)

Bahamas will hold snap elections on September 16, eight months early. The Bahamas is a democracy and the two main parties, the governing center-right Free National Movement (FNM) and the center-left main opposition Progressive Liberal Party (PLP) have both done stints in power.

The Economist (September 4, 2021): Could Canada’s Conservative Party win back power?

Editorial Board, Washington Post (August 29, 2021): Opinion: Haiti is desperate. Americans can and should help.

Andres Oppenheimer, Miami Herald (September 3, 2021): U.S., others can — and should — punish one of hemisphere’s worst dictators — Nicaragua’s Ortega

The Economist (September 4, 2021): Nicolás Maduro’s regime and the Venezuelan opposition meet in Mexico: The autocrat wants America to lift sanctions

Honduras holds presidential and legislative elections on November 28, 2021, following the March 14 primaries. These elections are taking place in the context of polarization and a crisis of legitimacy sparked in part by increasing authoritarianism. The 2017 elections were turbulent, with at least 30 people dying in protests over allegations of fraud, and many believe that there is potential for fraud in the upcoming elections. More

Costa Rica holds general elections on February 6, 2022. Rated Free by Freedom House, Costa Rica has been a stable democracy since 1949. Incumbent presidents are not allowed to run for a second consecutive term, so President Carlos Alvarado from the center-left Citizen Action (PAC) cannot run for another term. PAC has nominated former prime minister Welmer Ramos as its presidential candidate. In total, there could be around 20 candidates from various parties.

Carlos Tejada and Julie Turkewitz, New York Times (August 30, 2021): Colombia’s Troubles Put a President’s Legacy on the Line: In an interview, Iván Duque defended his performance amid the pandemic and social strife, which could prompt a leftward shift in elections next year.

Suriname held elections on May 25, 2020. Dési Bouterse, a leftist who has been a major figure in Suriname politics since 1980, lost his bid for re-election. He initially came to power in 1980 by helping to lead a sergeant’s coup. In 1982, in response to increased calls for a return to civilian rule, the regime murdered 15 prominent opposition activists – the incident, dubbed the December murders, continues to reverberate, and and in November 2019, he was ultimately convicted and sentenced to more than 20 years in prison.