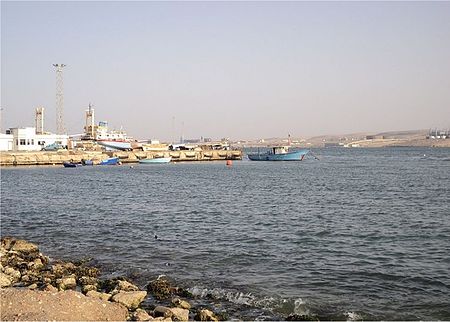 The port of Tobruk, Libya. Photo credit: Wikimedia/Maher A. A. Abdussalam (public domain)

Gordon Gray, The Hill (March 2, 2022): The US can no longer ignore Tunisia’s fight for democracy

Carolina Drüten, Die Welt/Worldcrunch (March 3, 2022): Why Gen Z Is A Real Threat To Erdogan’s Grip On Power In Turkey

Pakistan is due to hold its next general elections by October 12, 2023. The the last general elections, in 2018, former cricket star Imran Khan – seen as the military’s preferred candidate – became prime minister when his Pakistan Tehreek-e-Insaf (PTI) won the most seats. The elections were  turbulent. Te main opposition parties are former prime minister Nawaz Sharif‘s Pakistan Muslim League-Nawaz (PML-N) and Pakistan People’s Party (PPP), founded by Zulfikar Bhutto and still led by members of the Bhutto family.

In October 2020, 11 of Pakistan’s opposition parties, including the PML and the PPP, united to form the Pakistan Democratic Movement (PDM), ahead of indirect Senate elections in March. In those elections, PTI failed to win a majority, a major political hit for Imra nKhan.

Umair Jamal, The Diplomat (March 8, 2022): Pakistan’s Prime Minister Takes on the West: Imran’s Khan’s tirade against the U.S. comes at a time when he is facing serious political challenges at home.