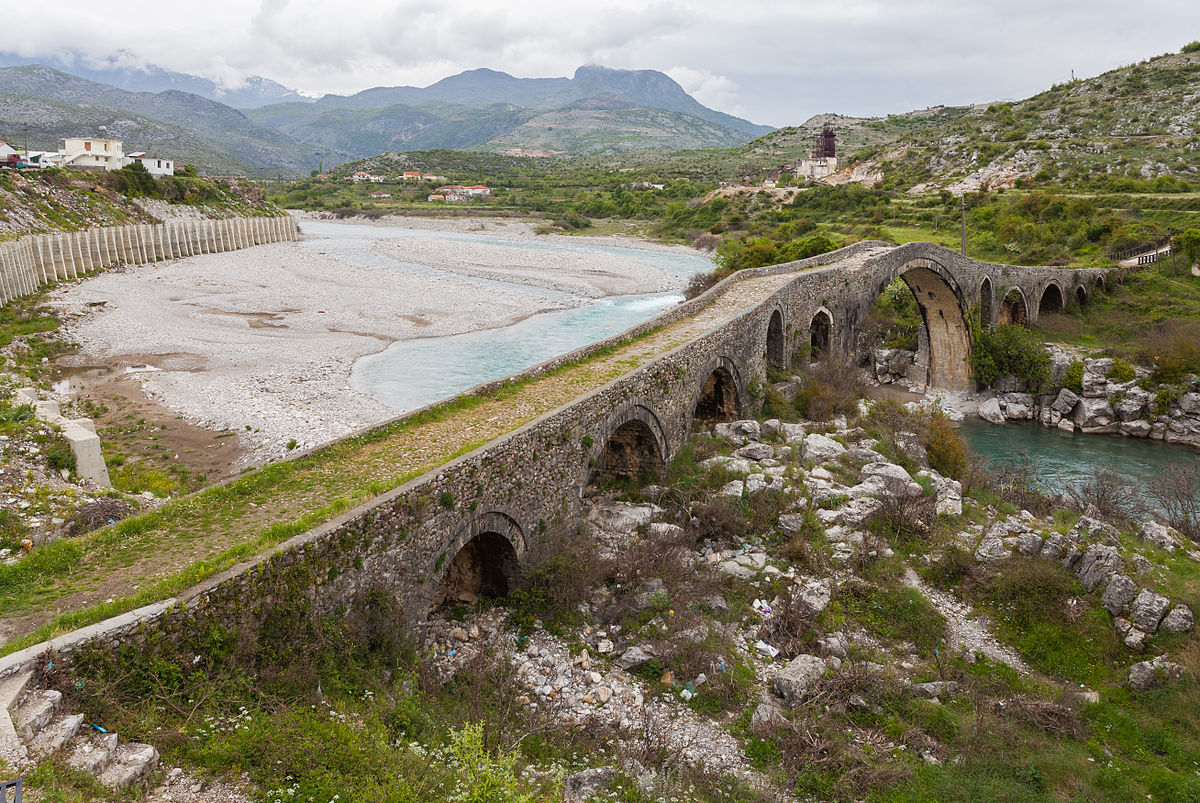 The Mesi Bridge – built in 1770 by the Ottomans – over the Kir River in Albania. Photo credit: Wikimedia/Diego Delso (CC BY SA)

Albania’s indirect presidential election began on May 16, 2022 and will continue until parliament chooses a candidate.

Exit.al (May 24, 2022): Voting for Albania’s next president continues in vain

Robert Zaretsky, Politico (May 25, 2022): The historic echoes of France’s new left alliance: The Popular Front of the 1930s offers parallels ahead of the country’s legislative elections.

Italy is holding local elections in some areas. In total, 980 out of the country’s 7,904 municipalities will vote, including 26 provincial capitals.

The country is due to hold general elections by June 1, 2023, but as is ever the case with Italy, snap elections are possible. In January 2021, the then-government collapsed after former prime minister Matteo Renzi withdrew his support. Former European Central Bank chief Mario “Super Mario” Draghi formed a government in February 2021, and a fragile stability has prevailed since then.

Angelo Amante, Reuters (May 25, 2022): Politicians’ mafia past stirs anger ahead of Sicily election

Rachel Sanderson, Bloomberg (May 19, 2022): The Woman Who Might Lead Italy to the Far Right

Next up: Lower Saxony goes to the polls on October 8. The current government is led by SPD, in coalition with CDU.

Most recently, CDU won the May 15 state elections in North Rhine-Westphalia, Germany’s most populous state, currently governed by a CDU-FDP coalition. NRW was seen as a test for Scholz, and SPD fell short. CDU could potentially form a new coalition with the Greens, who doubled their vote share, as FDP and CDU together do not have enough seats to continue their coalition.

Before that, CDU won big in Schleswig-Holstein. The incumbent premier, CDU’s Daniel Günther, who heads  a “Jamaica coalition” of CDU, FDP, and the Greens, will remain in office. CDU won 43 percent of the vote, an 11 percent gain over its 2017 results in the state. The far-right Alternative for Germany (AfD) did not clear the 5 percent threshold to win seats.

Volker Witting, DW (May 25, 2022): Tired of democracy? What’s behind the low voter turnout in Germany?

Sudha David-Wilp, Foreign Policy (May 24, 2022): Germany’s Christian Democrats Are on a Comeback Mission: The future of governance in the country looks very much like a conservative-green alliance

Austria is due to hold a presidential election in Fall 2022, although in Austria’s parliamentary system, the role is largely ceremonial. Incumbent Alexander Van der Bellen is running for another term. Van der Bellen, who comes from the Green Party, has a high approval rating and the major parties (the center-right People’s Party, which currently heads the government, and the main opposition Socialists) have not announced candidates to oppose him.

Recently, the double resignation of center-right chancellor Sebastian Kurz and subsequently his successor, Alexander Schallenberg, has shaken politics. General elections to select the next government are not due until 2024, but snap elections remain possible. Various states also hold state and local elections in 2022 and 2023.

Austria has been a neutral country since 1955. Russia’s invasion of Ukraine has pushed other neutral countries (notably Finland and Sweden) to re-evaluate their status. However, Austria relies heavily on Russia for energy. As such, the current government has said it will remain neutral. However, some have called for a rethink of the policy.

Alice Tidey, Euronews (May 24, 2022): As Sweden and Finland seek to join NATO, just 4 EU states could be left out of the alliance

Shawn Pogatchnik, Politico (May 25, 2022): UK to make Irish an official language in Northern Ireland: Sinn Féin lauds bill as long overdue, but unionists warn that Irish-speakers will use new powers ‘to make a real pest of themselves.’

Jude Webber, Financial Times (May 23, 2022): The Irish language is having a moment in the sun

AFP (May 22, 2022): UK Demands EU Action on Northern Ireland as US Lawmakers Visit