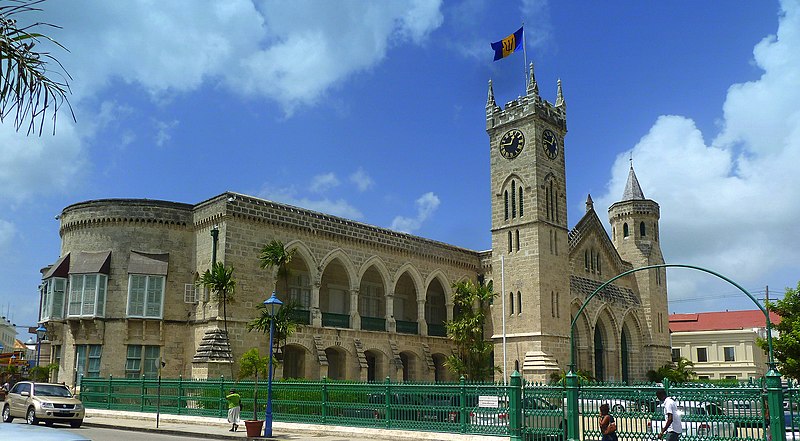 The Parliament of Barbados. Barbados held snap elections on January 19 which delivered a landslide for the incumbent prime minister, Mia Mottley. Photo credit: Wikimedia/giggel (CC BY 3.0)

Colombia is due to hold presidential and legislative elections in spring 2022. Conservative Ivan Duque, elected president in 2018, is constitutionally barred from running for re-election. One of the current frontrunners to replace him is former left-wing guerilla Gustavo Petro, who placed second in 2018. Ingrid Betancourt, a former FARC hostage who was kidnapped while running for president in 2002, is also running, on a platform of national reconciliation.

Louis Emanuel, The Telegraph (January 15, 2022): Lula: There will be no coup in Brazil when I defeat Jair Bolsonaro: Former president dismisses fears that Jair Bolsonaro will try to cling to power, claiming voters will ‘reject authoritarianism’

Ecuador is due to hold regional elections in March 2023. In the 2021 general elections, conservative Guillermo Lasso edged out indigenous activist Yaku Pérez for a spot in the runoff. He subsequently surprised many by decisively defeating left-wing economist Andrés Arauz, a protege of former president Rafael Correa (himself barred from running after being convicted of corruption).

Lasso has proposed holding a referendum on reforms to the justice system concurrently with the regional elections.

Jihan Abdalla, Al Jazeera (January 18, 2022): ‘Citizens are not protected’: What does 2022 hold for Haiti? The situation in Haiti has reached a crisis point amid stalled elections, rising poverty and the growing power of gangs.

Barbados held snap parliamentary elections on January 19, a year early, following a decision made in September 2021 to remove the British monarch as head of state and become a republic. The incumbent center-left Barbados Labor Party (BLP, knicknamed the “Bees”) won in a landslide (after winning all 30 seats in the last elections). Prime Minister Mia Mottley will remain in office.