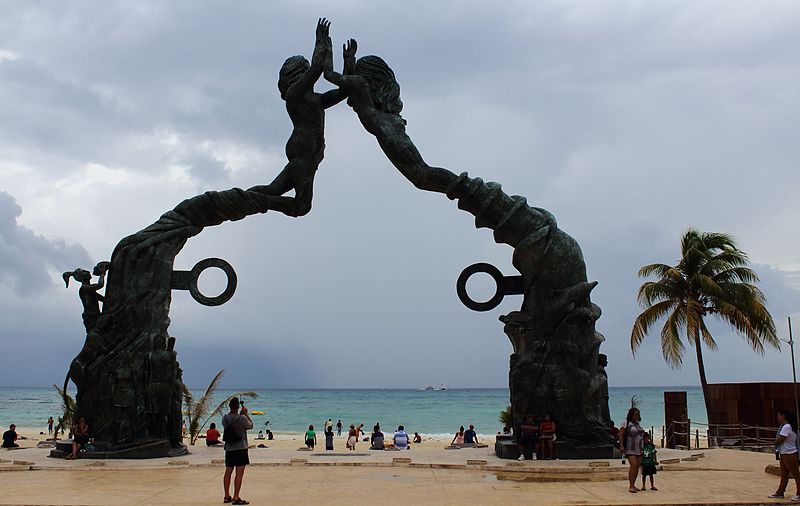 These follow Mexico’s first-ever presidential recall election, which took place on April 10. Voters (very few of them – turnout was less than 18 percent) decided not to recall President Andrés Manuel López Obrador (frequently called AMLO). AMLO, a leftist firebrand, was elected in 2018. Mexican presidents serve a single, non-renewable six-year term. However, AMLO promised voters that he would give them a chance to recall him halfway through his term. Therefore, ironically, the recall referendum was organized by AMLO’s supporters, and many viewed it as a stunt.

Mexico’s high-stakes elections last June (midterm legislative elections, as well as gubernatorial elections in 15 of Mexico’s 31 states, and local elections) had more than 21,000 offices at stake – the biggest elections in Mexico’s history. AMLO’s MORENA party did not get its majority in the legislature, and although MORENA won most of the state governorships, it lost control of most areas of Mexico City.

The referendum follows last year’s presidential and legislative elections. Far-left socialist former student leader Gabriel Boric defeated Jose Antonio Kast, a far-right legislator, in the runoff. Although results of the July 18 presidential primaries seemed to indicate that voters seem to want a return to moderation, the center-right candidate from former president Sebastián Pińera’s coalition did not even make the runoff. However, the legislative elections were a bit more complicated. Piñera’s Chile Podemos Más coalition will have the most seats in the Senate, and the Chamber of Deputies is split nearly evenly between right and left-leaning members. These results will potentially constrain Boric’s ability to pursue a far-left agenda. All newly-elected officials took office in March 2022.

David Feliba, Washington Post (April 18, 2022): He raffles off his salary. He could be Argentina’s next president.

Renata Segura, Foreign Affairs (April 20, 2022): Haiti’s State of Paralysis: How to Break the Deadly Relationship Between Politics and Crime

Ryan C. Berg, The Hill (April 18, 2022): We can do more to confront Nicaragua’s authoritarian government

Carlos F. Chamorro, Confidencial (April 9, 2022): The political prisoners are the hope of Nicaragua