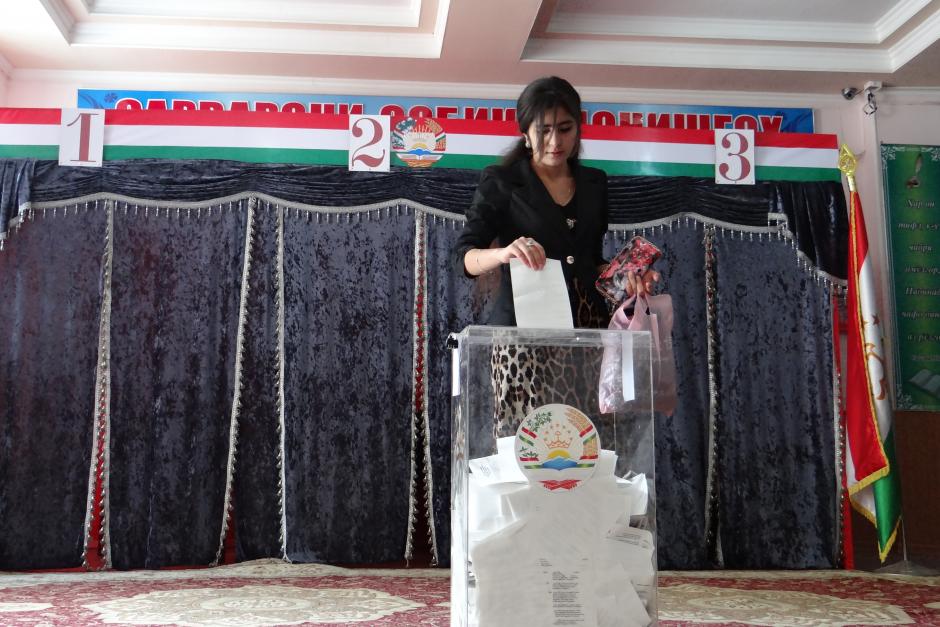 Tajikistan is an authoritarian state with no free or fair elections, no genuine, credible opposition operating inside the country, and almost no independent media.

The People’s Democratic Party of President Emomali Rahmon (who has been in power since 1994) won most of the seats in the Assembly of Representatives in the 2015 elections, which were surrounded by the arrest and torture of opposition figures and a smear campaign of the opposition by state-controlled media. The opposition Islamic Renaissance Party (IRPT) – the only actual opposition party to be represented in parliament – lost both its seats, and was banned shortly after the elections.

Similarly, in the March 2020 parliamentary polls, the Social Democratic Party (SDP), the only genuine opposition party, failed to reach the five percent threshold and won no seats. Six parties won seats, but all were supportive of the president. Therefore, there is no genuine opposition represented in parliament.

During the 2013 presidential election, the opposition united behind the secular candidate Oinihol Bobonazarova, but she withdrew from the race after being unable to collect the required signatures, probably because her campaign volunteers were being arrested while they collected signatures. Similarly, the SDP boycotted the 2013 election.

It is unclear whether Emomali Rahmon will seek another term, or instead choose a successor this year and manage the transition. Emomali’s 31-year-old son Rustam Emomali has been installed as mayor of the capital, Dushanbe, and is possibly being positioned to run for the presidency in November 2020. Likewise, the members Emomali Rahmon appoints to the upper house could provide clues to his plans.

Tajikistan’s strategic location next to Afghanistan (and bordering China) means major powers have taken an interest. The United States cooperates with Tajikistan on counterterrorism and counter-narcotics initiatives, and Tajikistan played a support role to American efforts in Afghanistan. Conversely, Russia has a military base, and China is building up its military presence. China has also invested over $1 billion as part of the Belt and Road Initiative (and holds more than half of Tajikistan’s sovereign debt), and has received mining concessions in exchange. Tajikistan remains the poorest of the former Soviet states, lacking the oil and gas resources that some of its neighbors have.

Eurasianet (January 25, 2020): Tajikistan’s exiled opposition adrift as strongman rule hardens at home: The government has given itself little room for compromise by grouping the Islamic State and ordinary opposition parties