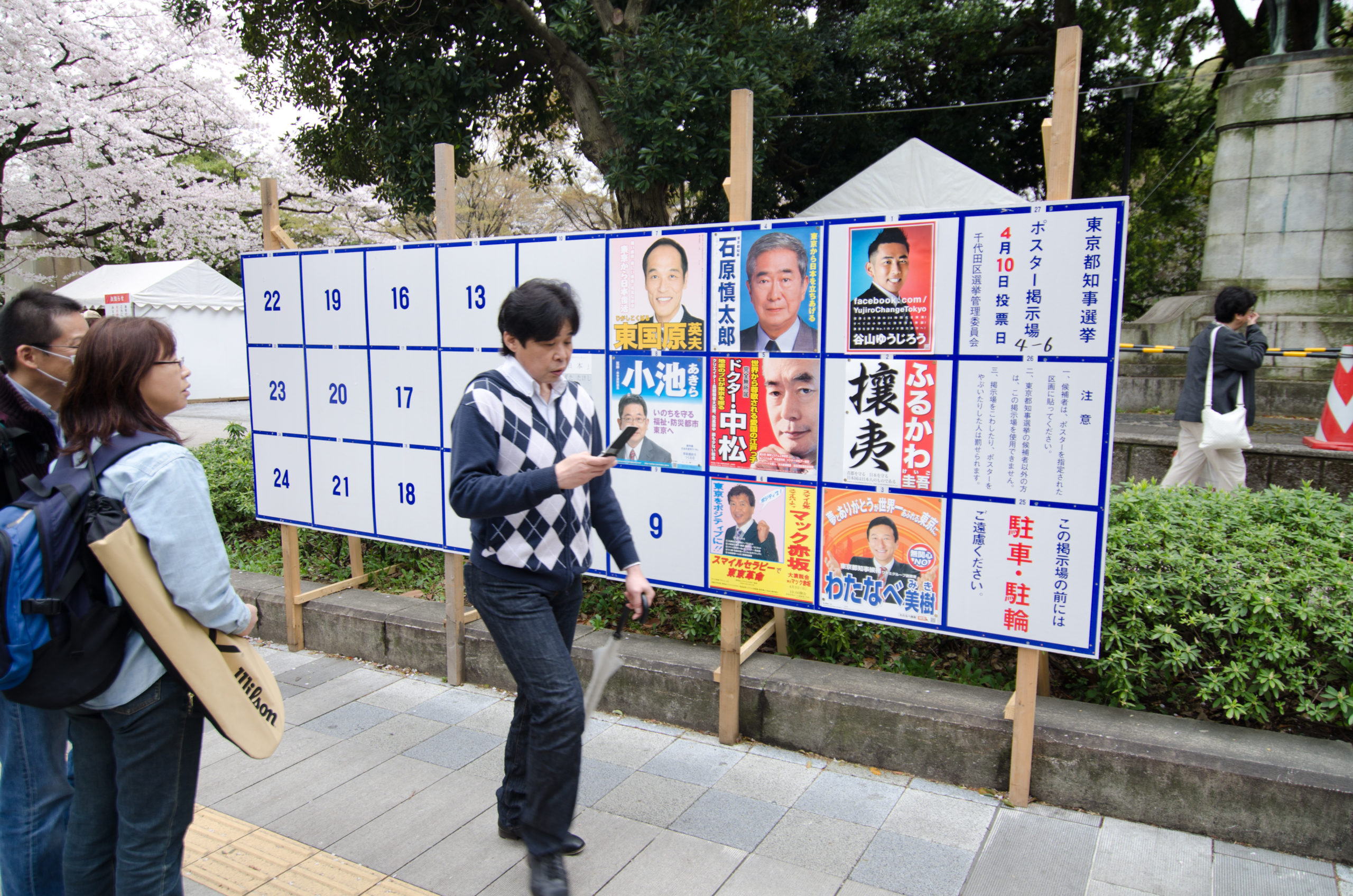 Campaign posters on an official poster board during the 2011 local elections in Japan. Photo credit: Flickr/Paul Robinson (CC-BY-2.0)

Japan is due to hold general elections on October 22, 2021, although snap elections are possible.

Elections in Japan happen at various times. The key elections – the ones that determine the government – are for the House of Representatives, the lower house of the National Diet, whose 465 members are elected for four-year terms. However, early elections happen periodically. Conversely, the elections for the House of Councillors take place every three years, with half of the house elected as members serve six-year terms.

The conservative Liberal Democratic Party (LDP) and its coalition partner, Komeito, a Buddhist religious party, hold a majority in the lower house. In the 2019 upper house elections, LDP sought gain a two-thirds majority in order to revisit and possibly amend Japan’s pacifist constitution. LDP and Komeito did maintain their majority in the upper house, but fell short of the super-majority.

The LDP has dominated Japanese politics since its founding in 1955, with a few brief periods in opposition (most recently from 2009 to 2012, when the now-defunct center-left Democratic Party of Japan (DPJ) swept the elections, but then failed to deliver on its ambitious promises, and thus lost three years later). The DPJ, which had been founded in 1998, disbanded in 2016, and the opposition remains somewhat in chaos.

In August 2020, prime minister and LDP leader Shinzo Abe announced his resignation for health reasons. The party chose Abe ally Yoshihide Suga to succeed him. It is possible that Suga will call early elections.

As China pursues maritime expansion in the Indo-Pacific, Japan remains a key U.S. ally in the region. Concurrently, Abe is working to expand Japan’s global diplomatic and security footprint, while seeking to revise the country’s pacifist constitution.