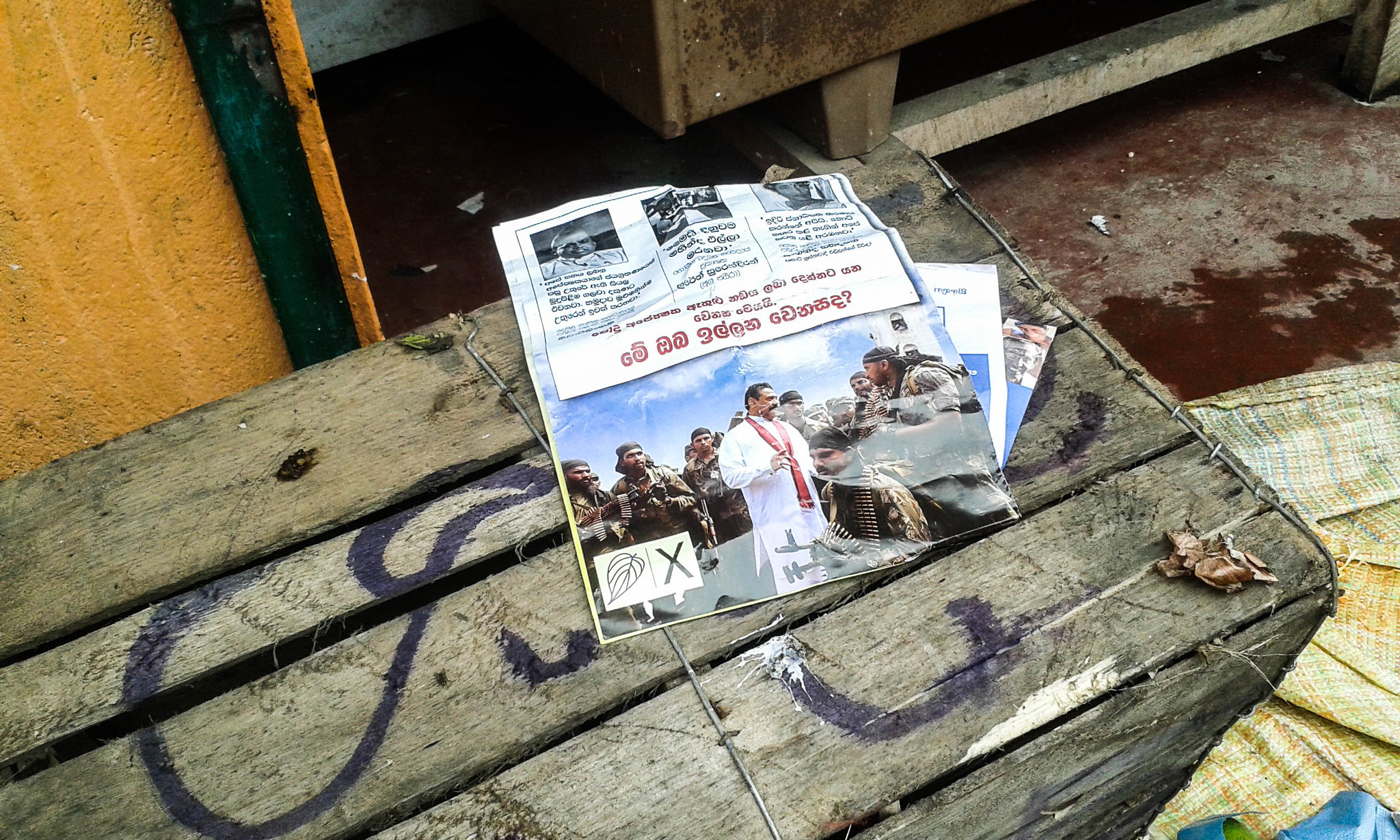 Sri Lanka currently plans to hold parliamentary elections on August 5, 2020. The elections were postponed twice from April due to COVID-19.

Sri Lanka is still feeling the aftershocks of a series of terrorist attacks over Easter 2019 and a 2018 political crisis.

In a tense climate, Sri Lanka held presidential elections in November 2019. Out of a record 35 presidential candidates, the two frontrunners were former defense chief Gotabaya Rajapaksa (brother of former president Mahinda Rajapaksa), who has been accused of war crimes, as well as Sajith Premadasa from UNP, who bested Wickremesinghe in the party’s bitterly-fought nomination contest. Rajapaksa presented himself as a strongman, promising to eliminate Islamist terrorists.

The last president, Maithripala Sirisena, did not seek not seek re-election. Sirisena had surprisingly defeated Mahinda Rajapaksa in the 2015 presidential elections. Subsequently, he embarked on a reform program to reverse many of the autocratic powers Rajapaksa had built up. However, since taking office, Rajapaksa has reversed the reforms and re-centralized power.

While the 2019 election was competitive, international observers noted concerns about media bias, transparency in campaign finance, voter education, and party conduct. Sri Lanka’s democracy sits on the precipice, and the upcoming elections could well determine whether it strengthens or deteriorates.

On March 1, 2020, Gotabaya dissolved parliament six months early and called for elections, in a move seen as an attempt to consolidate his power. He subsequently installed none other than Mahinda as prime minister. Operating without a parliament, some are concerned that there are no real checks on the Rajapaksa brothers’ power (furthermore, two other Rajapaksa brothers hold important government and political positions).

Sri Lanka is located strategically in the Indian Ocean. Chinese involvement has raised concerns – Sri Lanka’s Hambantota port has become a textbook example of Chinese debt-trap diplomacy. Historically, there was a perception that China backed the Rajapaksas and India backed parties opposed to them. However, ahead of these elections, China has cultivated a wide range of political stakeholders, including Buddhist clergy, with the goal of deepening its influence in the country.

Seerat Chabba, DW (May 29, 2020): Coronavirus keeps Sri Lanka without a functioning parliament – With Sri Lanka’s parliament dissolved, and elections delayed by the pandemic, the Rajapaksa brothers are running the country without any checks on their power.

← Japan General Elections: October 22, 2021 (or earlier)
Malawi Presidential Election Re-Run: June 23, 2020 →
By continuing to browse the site you are agreeing to our use of cookies.
Share This