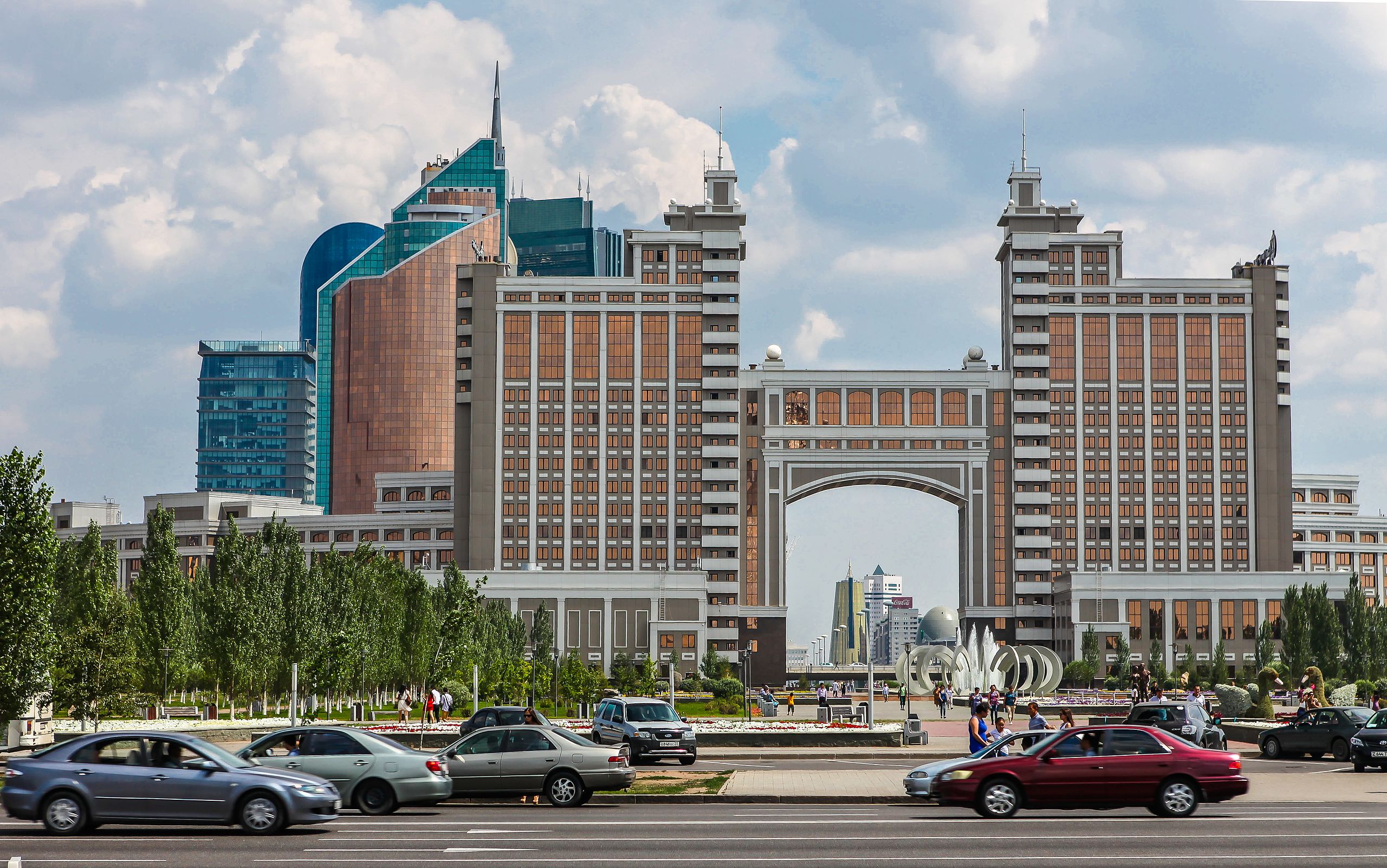 The headquarters of the KazMunayGas company in Astana, Kazakhstan. Photo credit: Wikimedia/Ninaras (CC BY 4.0)

In January 2022, a series of violent protests broke out in Kazakhstan, and in the aftermath, something of a political realignment took place with the sidelining of former president Nursultan Nazerbayev, who had previously exercised a great deal of influence behind the scenes.

The country held a constitutional referendum in June 2022 that President Kassym-Jomart claimed would make Kazakhstan more representative, although in reality, the changes were largely cosmetic. A series of snap elections (for president, senate, and now parliament) similarly probably will not produce real reform.

Kazakhstan is a major oil producer and has historically been one of Russia’s closest allies, but has snubbed Moscow on several occasions since Russia’s invasion of Ukraine.

Paolo Sorbello, The Diplomat (January 17, 2023): Kazakhstan’s Media, Journalists Under Pressure: An attack on a journalist highlights the difficult environment for the press.

Russia, Gubernatorial and Local Elections in Some Regions (including Moscow mayor): September 10, 2023, followed by presidential election due in September 2024

Khatia Dekanoidze, Euronews (January 18, 2023): Georgia is at a crossroads to European integration