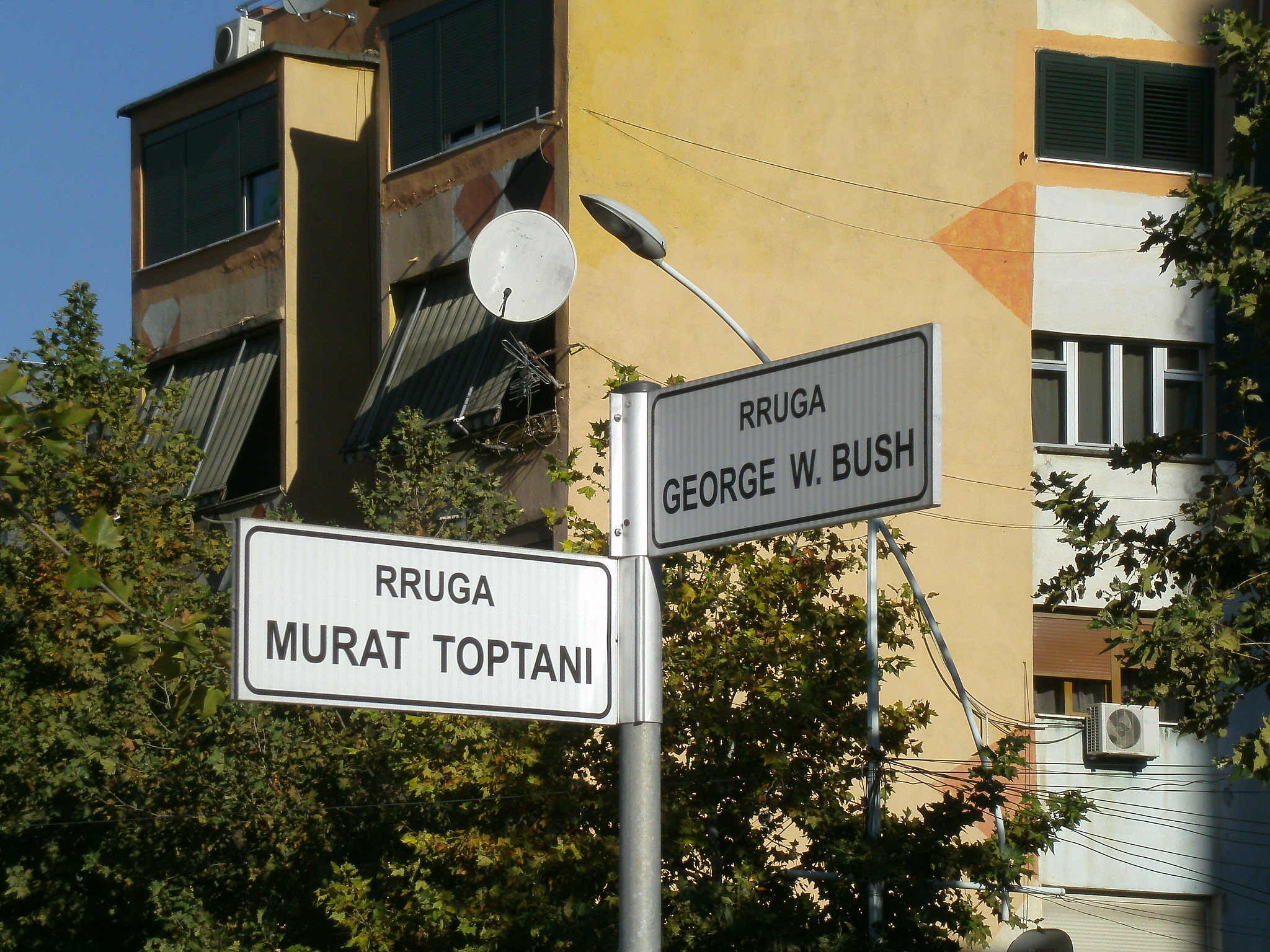 Street signs in Tirana, Albania. Albania’s parliament just elected a new president in a vote boycotted by much of the opposition. Photo credit: Flickr/amanderson2 (CC BY 2.0)

Michael Wohlgemuth, GIS (June 6, 2022): After the French elections, what kind of Europe?

Matthew Lynn, The Telegraph (June 6, 2022): The French far-Left is the biggest threat to the euro: Jean-Luc Mélenchon’s rise shows that parliamentary elections could hardly have come at a worse time for Macron

Tony Barber, Financial Times (June 4, 2022): The strange death of the moderate French left: Old-style social democracy is in trouble in much of Europe but nowhere more so than in France

Andalusia, Spain’s most populous region, holds elections on June 19. The last elections, in 2018, delivered a surprising victory for the right, ending 36 years of socialist rule.

Conor Faulkner, The Local (June 5, 2022): Andalusia’s regional elections: Who will win and why it matters for Spain

Most recently, Sweden (and Finland) begun debates about joining NATO in the wake of Russia’s invasion of Ukraine. The opposition Moderates, Sweden’s main center-right party, have said they support this, while the incumbent Social Democrats are split.

Latvia has been a democracy since regaining independence in 1991 (of note, none of the three Baltic nations ever actually recognized the Soviet occupation), and is a member of NATO and the European Union.

These elections are happening in a heated geopolitical climate. Last year’s Riga snap elections surprised political observers by knocking, Harmony, the party that Latvia’s Russian community supports, from the top spot. Harmony has historically been strong in Riga, the capital, but last year’s Riga elections surprised political observers by knocking Harmony down from the top spot. Instead, an alliance of the liberal Development/For! party and social democrat environmentalist Progressives won the most seats and formed the local government. More

Denmark is due to hold general elections by June 4, 2023. The current government consists of the Social Democrats, with confidence and supply from several other left-of-center parties, led by Prime Minister Mette Frederiksen. This government came to power following the 2019 elections, which saw the defeat of Lars Løkke Rasmussen‘s center-right coalition.

In a referendum on June 1, Danes voted overwhelmingly to join the EU’s Common Security and Defense Policy. Denmark had previously been the only EU member state not to be a part of the defense pact, part of the current trend of countries moving toward greater security integration in response to Russia’s invasion of Ukraine.

Estonia is due to hold parliamentary elections by March 5, 2023, but snap elections are possible due to an ongoing crisis.

Since January 2021, Estonia’s government has been a grand coalition of the center-right Reform Party and the centrist Centre Party, which has historically been supported by Estonia’s Russian community. Following the 2019 elections, Centre shocked the country by forming a government with the far-right EKRE, but PM Juri Ratas was forced to resign in January 2021 following a real estate scandal. Subsequently, Reform – previously in opposition – formed a coalition with Centre as the junior partner, making Reform’s Kaja Kallas Estonia’s first female prime minister.

However, in June 2022, Centre withdrew from the government. Kallas must now find more coalition partners in order to prevent the government from collapsing, which would trigger early elections.

This is all happening in the context of major security concerns. Because Estonia is a poster child for a successful post-communist transition to democracy, Russia has for a long time targeted the country with cyberattacks and other provocations. In the context of Russia’s invasion of Ukraine, security concerns are at the top of Estonians’ minds. More

Albania’s indirect presidential election began on May 16, 2022 and continued until parliament chose General Major Bajram Begaj after failing to choose a compromise candidate. Most of the opposition boycotted the voting.

Christian Oliver, Politico (June 8, 2022): Bulgaria lurches back to political discord as PM Petkov faces loss of majority: Kiril Petkov has taken a robustly pro-NATO position on the conflict in Ukraine — in a country where Russian ties run deep