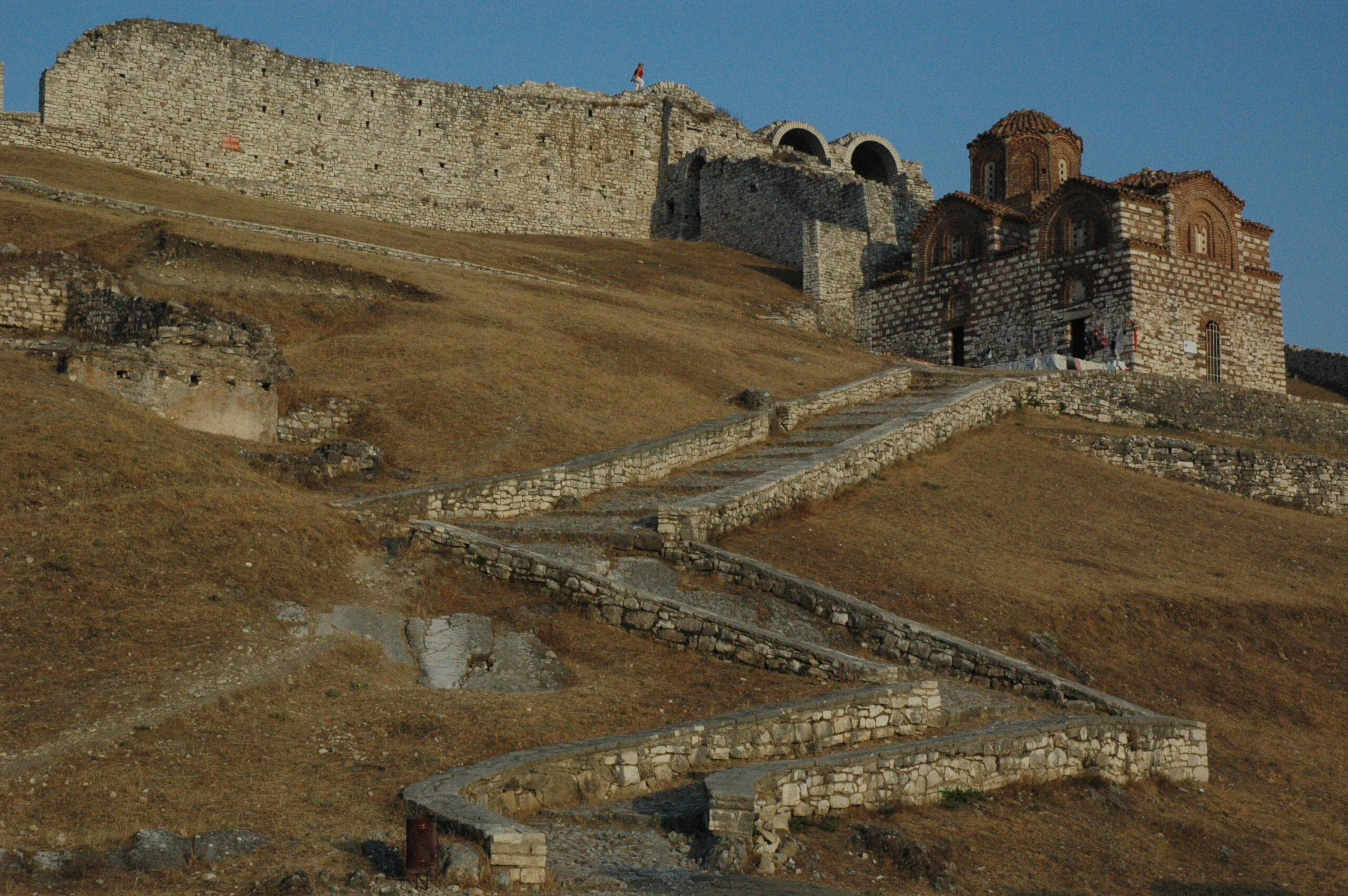 The entrance to the old citadel in Berat, Albania. Photo credit: Wikimedia/Jason Rogers (CC BY 2.0)

Albania’s indirect presidential election began on May 16, 2022 and will continue until parliament chooses a candidate.

Clea Caulcutt, Politico (May 12, 2022): Mélenchon’s campaign launch overshadowed by alleged sexual assault case: Jean-Luc Mélenchon is launching the parliamentary campaign of his new left-wing alliance amid controversy over one of its candidates

Reuters (May 12, 2022): French far-right’s Zemmour to run for seat in parliament

European Western Balkans (May 19, 2022): EU condemns the failure of ministers in BiH to ensure financing of elections

Next up: Lower Saxony goes to the polls on October 8. The current government is led by SPD, in coalition with CDU.

Most recently, CDU won the May 15 state elections in North Rhine-Westphalia, Germany’s most populous state, currently governed by a CDU-FDP coalition. NRW was seen as a test for Scholz, and SPD fell short. CDU could potentially form a new coalition with the Greens, who doubled their vote share, as FDP and CDU together do not have enough seats to continue their coalition.

Before that, CDU won big in Schleswig-Holstein. The incumbent premier, CDU’s Daniel Günther, who heads  a “Jamaica coalition” of CDU, FDP, and the Greens, will remain in office. CDU won 43 percent of the vote, an 11 percent gain over its 2017 results in the state. The far-right Alternative for Germany (AfD) did not clear the 5 percent threshold to win seats.

Brian Melican, The Local (May 16, 2022): Why the Greens are the real winners of Germany’s state elections

Prior to the parliamentary elections, parliament elected Katalin Novak from Fidesz to the presidency, which is largely a ceremonial role in Hungary.