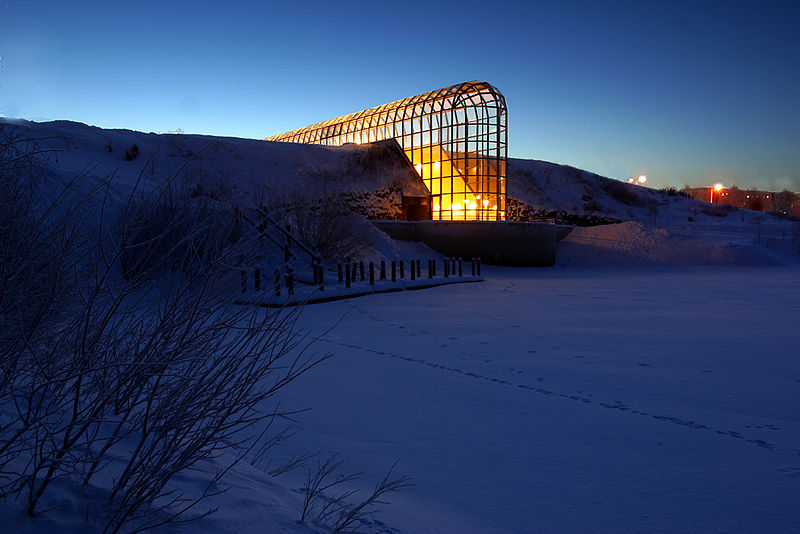 The Artikum Museum in Rovaniemi, Finland, the unofficial capital of Lapland and gateway to the arctic. Finland plans to hold elections for newly-created county councils in January, at dead of winter. Photo credit: Wikimedia/Timo Lindholm (CC BY-SA 3.0)

Lea Heyne and Luca Manucci, LSE’s EUROPP (November 17, 2021): Who votes for the populist radical right in Portugal and Spain?

As for the traditionally-dominant parties, the center-right Les Républicans are holding a congress to select their candidate. The Socialists have already held their primary, which was won by Paris mayor Anne Hidalgo.

Vesna Pisic, Foreign Policy (November 23, 2021): What Russia Really Wants in the Balkans: The Kremlin is destabilizing Bosnia and Herzegovina in pursuit of broader strategic goals.

Hikmet Karcic, Newsweek (November 20, 2021): The U.S. Must Not Allow Bosnia to Become Another Afghanistan

Kevin Deegan-Krause, Tim Haughton and Emilia Zankina, Washington Post (November 19, 2021): In Bulgaria’s third election in 2021, another new party won the most seats. But can it form a government?

Denmark held regional and municipal elections on November 16, 2021. The current government, which consists of the Social Democrats, with confidence and supply from several other left-of-center parties, saw some key defeats.

Nathan Akehurst, Jacobin (November 29, 2021): In Copenhagen, the Radical Left Just Beat the Danish Social Democrats for the First Time Ever

The next government will be a “traffic light coalition” consisting of SPD, plus FDP and the Greens, with SPD’s Olaf Scholz becoming chancellor, Baerbock foreign minister, and FDP’s Christian Lindner finance minister.

Iceland held elections for the Althing, its parliament (which has a strong claim to the title of oldest parliament in the world), September 25, 2021. The current government, a broad coalition of the Left-Green Movement, the conservative Independence Party, and the agrarian Progressive Party, will remain in power. More

The Scottish elections were particularly high-stakes because if the pro-independence Scottish National Party (SNP) has been demanding another referendum on independence. The SNP won the most seats, but failed to win a majority, making it harder to insist on a new referendum.

Andra Timu and Irina Vilcu, Bloomberg (November 25, 2021): Romania Gets Its 10th Premier in a Decade as Crisis Ends

← Middle East This Week: November 30, 2021
Eurasia This Week: December 2, 2021 →
By continuing to browse the site you are agreeing to our use of cookies.
Share This