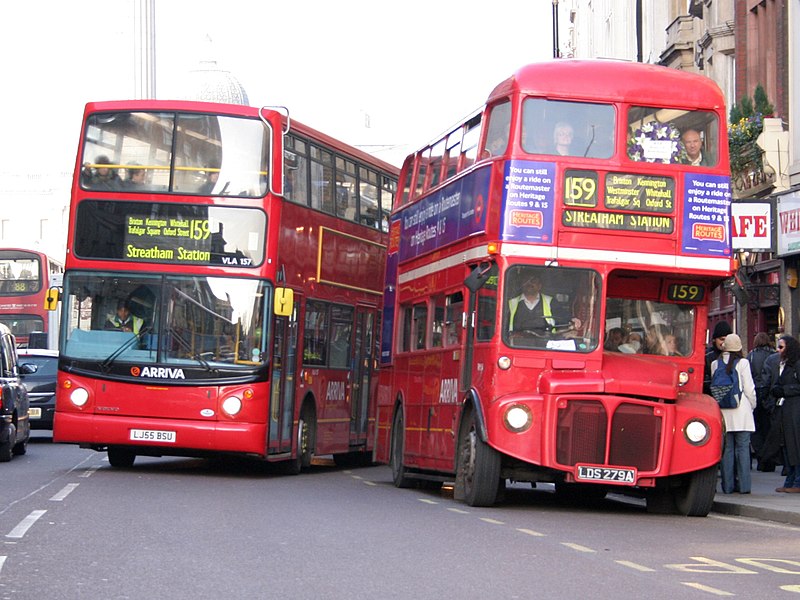 Buses in London. The UK holds local elections (including for mayor of London), plus elections for the Scottish and Welsh parliaments, on Thursday, May 6. Photo credit: Wikimedia/Jon Bennett (CC BY 2.0)

Reuters (May 5, 2021): Factbox: Election day: What are Scotland, England, Wales voting for?

Madeline Grant, The Telegraph (May 5, 2021): Freewheeling Boris rolls into ‘Super Thursday’, while stumbling Starmer prepares to lick his wounds

William Booth and Karla Adam, Washington Post (May 5, 2021): Scottish independence ‘front and center’ in May 6 election

Alex Massie, The Spectator (May 5, 2021): Scottish nationalism is no better than any other kind

Alastair Reed, Bloomberg (May 5, 2021): Why Scotland’s Road to Independence Vote Is Rocky

Gina Davidson, The Scotsman (May 2, 2021): Insight: The independent candidates hoping to take on the Scottish Parliament’s party hegemony

Guy Davies, ABC (May 2, 2021): The actor, the YouTuber, and the American businessman: Meet the eccentric cast vying to be London’s next Mayor

Jim Waterston, The Guardian (April 30, 2021): How YouTubers turned running for London mayor into content: Several internet personalities will be on the ballot on 6 May, though most know they have no chance of winning

Croatia has scheduled local elections for May 21, 2021. These elections got a bit of a shakeup when Milan Bandic, the mayor of Zagreb, died in February after a combined 20 years in office (according to some reports, he was the world’s longest-serving mayor). Although Bandic had a devoted following, he was also controversial, and embroiled in a number of scandals. A former communist, he joined the Social Democratic Party (SDP) when Croatia began holding multiparty elections in 1990, but later broke off to start his own party. Meanwhile, HDZ, the main conservative party, won last year’s parliamentary elections, after losing the January 2020 presidential election. Tomislav Tomašević from the green-left Možemo! appears to be leading polls for mayor of Zagreb.

Reuters (May 2, 2021): Macron’s party teams up with conservatives for regional elections in south

Rick Noack, Washington Post (May 5, 2021): On the 200th anniversary of Napoleon’s death, his legacy divides France

• New elections on the 11th of July. The National Assembly will be dissolved on the 12th of May, after which a caretaker government will take power until the formation of a new government. The electoral campaign will begin on the 12th of June.#Bulgaria pic.twitter.com/IS8lEXaPdO

Luke McGee, CNN (April 29, 2021): The looming crisis in Brussels that no one is talking about

Poland is due to hold parliamentary elections in fall 2023, but could call snap elections if the three parties in the conservative government coalition don’t all vote to approve the EU stimulus plan. However, many analysts believe that early elections are unlikely to happen because polls show that the opposition would likely win. Therefore, the coalition parties have a strong incentive to hold together.

Madrid held early regional elections on May 4, following the collapse of the government coalition consisting of the conservative Popular Party and the liberal Citizens Party. These elections took place in a highly polarized environment, as conservative incumbent Isabel Díaz Ayuso from the Popular Party faced against leftist firebrand Pablo Inglesias. The Popular Party won the most seats, but fell short of a majority and will likely govern in coalition with the far-right Vox. Meanwhile, Citizens failed to meet the 5 percent threshold and thus lost all its seats, and the Socialists (who currently run Spain’s federal government) had a historically low vote share.

El País (May 4, 2021): The lady who helped get Marcelo to his Real Madrid game, and other anecdotes from the Madrid election

The campaigns have polarized the region, bearing some resemblance to Spain’s 1930s Civil War.
https://t.co/UTMkydzy3N

Dariusz Kalan, Foreign Policy (May 4, 2021): The Rise and Fall of Igor Matovic: Slovakia’s prime minister lost his job to the pandemic, but his example serves as a warning to other corruption-fighters lacking governing experience.