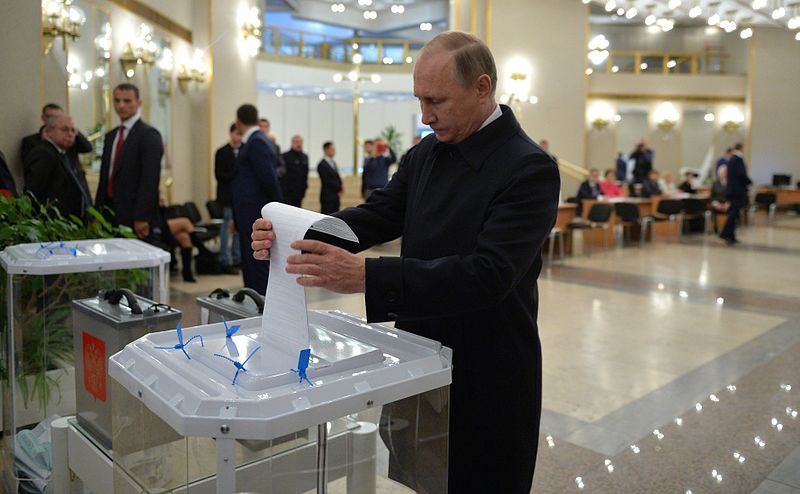 Giorgi Lomsadze, Eurasianet (September 16, 2021): Georgia’s ex-prime minister emerges as challenge to ruling party: Once the star of Georgian Dream, which has ruled the country for a decade, Giorgi Gakharia is now taking on his former allies and taking flak as a result.

Chris Rickleton, Eurasianet (September 20, 2021): Kyrgyzstan: A weakened parliament back up for grabs: The incumbent president will see more risks than opportunities in the next vote.

This fall with the elections is going to awful, just awful for Kyrgyzstan. Nothing is certain, no rules exist, and much to lose for anyone in power https://t.co/bp21nlGFtX

Oleksiy Goncharenko, Atlantic Council (September 20, 2021): Why we must not recognize Russia’s fraudulent election

Olivia Solon, NBC News (September 18, 2021): Big Tech grapples with Russian internet crackdown during election: Big Tech companies’ human rights policies have been stress-tested in the run-up to Russian parliamentary elections, as the Kremlin cracks down on a broad range of content.

Moldova’s ethnic Turkish region of Gagauzia held elections on September 19, 2021. The region tends to be pro-Russia. Moldova in general is at the front lines of the geopolitical competition between Russia and democratic Europe.

Before that, Moldova held snap parliamentary elections on July 11, which pro-Europe center-right president Maia Sandu had been trying to call for months because in Moldova’s parliamentary system, a legislative majority is necessary to execute on any policy agenda. Prior to these elections, party had a clear majority in parliament (and Sandu’s allies were outnumbered by pro-Russian parties), leading to political instability. Sandu’s allies ended up winning in a landslide.

Excellent expert analysis on tomorrow’s elections in Moldova’s Autonomous region of Gagauzia the outcomes of which might impact the rest of the country’s ambitions for governance reforms. https://t.co/oVz1ovz5Pe

John Ruehl, The National Interest (September 17, 2021): Belarus Is Drifting Back to Russia