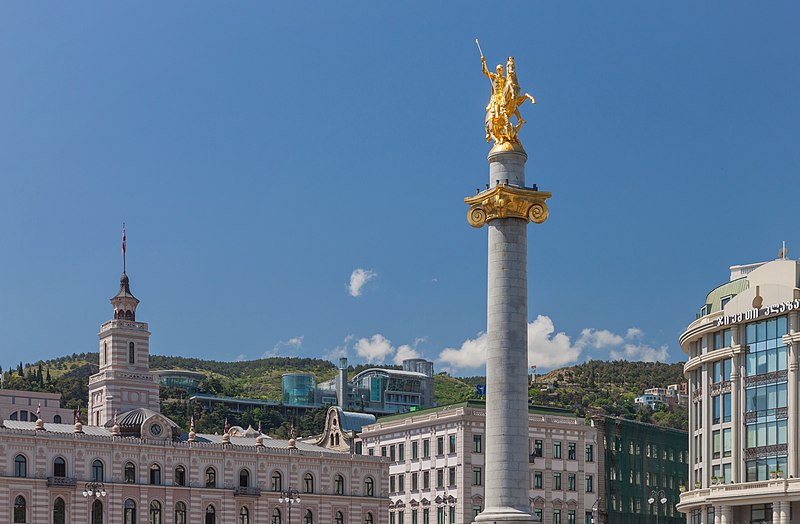 The Freedom Monument in Tbilisi, unveiled in 2006 to salute Georgia’s freedom and independence. Georgia’s local elections, due in October, have a greater-than-usual significance this year because they could trigger new parliamentary elections. Photo credit: Wikimedia/Marcin Konsek (CC BY-SA 4.0)

Council of Europe (June 11, 2021): Statement by PACE pre-electoral delegation ahead of the early parliamentary elections in the Republic of Moldova

Meduza (June 8, 2021): ‘There are no others’: Sources say Dmitry Medvedev may head United Russia’s party list for the 2021 State Duma elections

Giorgi Lomsadze, Eurasianet (June 10, 2021): In Georgia, has the EU overtaken the U.S.? The recent political crisis has established the EU as Georgia’s most important Western partner.

Emma Rogers and Jonathan Chew, The Dispatch (June 11, 2021): How Alexander Lukashenko Has Maintained His Grip Over Belarus for Decades