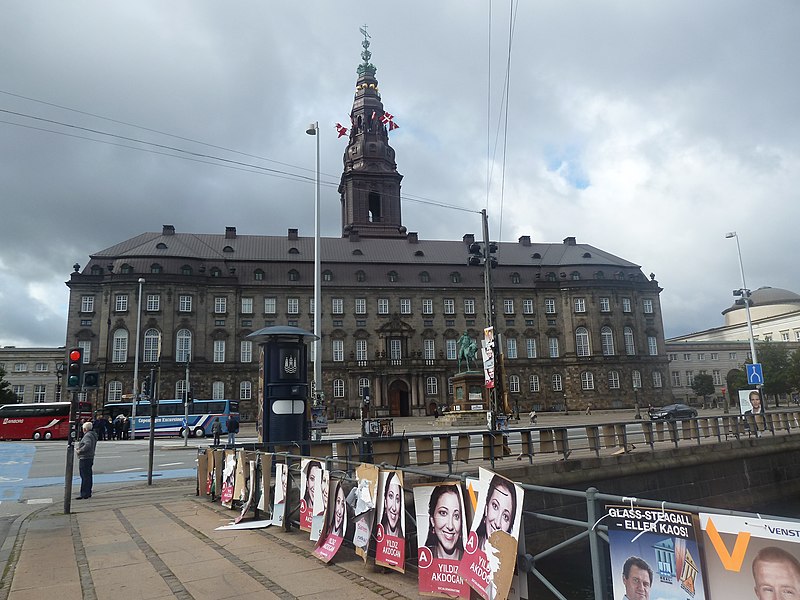 Campaign posters in front of Copenhagen’s Christiansborg Palace, seat of the Danish parliament, on the day of the 2011 parliamentary elections in Denmark. Photo credit: Wikimedia/Leif Jørgensen (CC BY-SA 3.0)

Denmark is holding regional and municipal elections on November 16, 2021. In addition, the self-governing Greenland holds local and parliamentary elections on April 6, 2021.

The current government consists of the Social Democrats, with confidence and supply from several other left-of-center parties, led by Prime Minister Mette Frederiksen. This government came to power following the 2019 elections, which saw the defeat of Lars Løkke Rasmussen‘s center-right coalition.

Prior to that, the Social Democrats made gains in the 2017 local elections.

The far-right populist Danish People’s Party (DPP), which had previously played the role of kingmaker in various coalitions since its founding in 1995, has been consistently losing support in polls.

The 2021 Elections in Greenland

The island of Greenland is a self-governing overseas administrative division of Denmark. As such, it has its own legislature and its own political parties. Following a collapse of the government coalition, snap elections will take place on April 6, 2021.

The Local.dk (November 2, 2020): Where did it go wrong for the populist Danish People’s Party?

The Economist (June 9, 2019): Denmark’s social democrats beat the migrant-bashers at their game