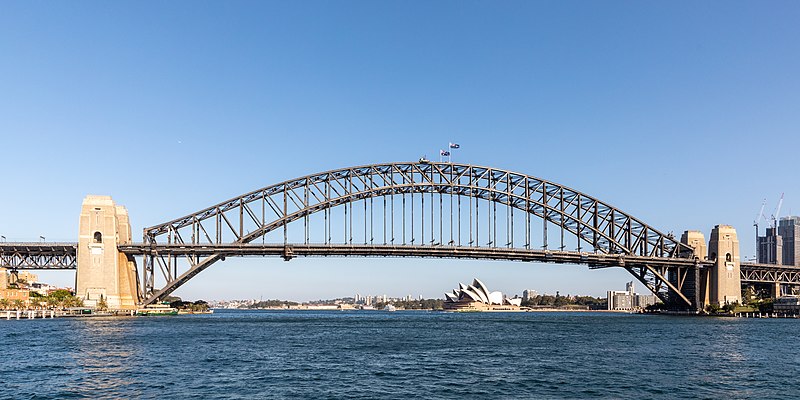 Australia is holding federal parliamentary elections on May 21, 2022. Meanwhile, several states hold elections in 2022. In the last general elections, in 2019, Prime Minister Scott Morrison’s Liberal Party won in a surprise result, after trailing in pre-election polls.

This year, Labor, under the leadership of Anthony Albanese, hopes to come back into power after nine years in opposition. Much of the debate has focused on China’s growing presence in the Pacific, including a potential base in the Solomon Islands, which are very close to Australia. More

However, in early 2022, the opposition has been gaining ground, reorganizing itself into the Candlelight Party and hoping to make gains in upcoming elections.

Sun Narin, Voice of America (May 16, 2022): How Cambodia’s 2017 Commune Elections Were a Turning Point for Democracy

Next up: Bangkok holds its first gubernatorial election in nine years on May 22 (Pattaya also holds local elections that day). In addition, snap general elections are possible.

Thailand is a long-standing United States ally. During the Cold War, each saw the other as an important bulwark against Chinese and Vietnamese aggression. However, the two countries are growing father apart as each country’s view of existential threats evolves. More

Meanwhile, as with many Pacific nations, China has been ramping up its presence in Fiji.

India’s state and territorial elections are serving as a key test for the national parties – and PM Narendra Modi – as well as the opposition ahead of national elections in 2024. In the last national elections, in 2019, Modi’s Hindu nationalist Bharatiya Janata Party won a “thumping victory, securing a second term in office in an increasingly polarized political climate. The main opposition social democratic Congress Party – India’s oldest party – has done well some subsequent state elections.

In a surprise geopolitical development, on August 5, 2019, the Modi government made a unilateral decision to strip the Indian-controlled part of Kashmir of its autonomy. The region, which is majority Muslim, is claimed by both India and Pakistan and has sparked three wars. For 70 years, the Indian-controlled part – established as the state of Jammu and Kashmir – enjoyed a high degree of autonomy, but Modi announced that the state would be downgraded into two union territories, effectively centralizing control. The area was on virtual lockdown for a long time, and many were detained, including prominent political leaders. However, Modi began outreach to Kashmir stakeholders, and elections are expected in 2022 – the first since 2014.

PTI (May 19, 2022): People of J-K want early elections to install government of their choice: Omar

Tariq Bhat, The Week India (May 19, 2022): Who is Yasin Malik, the separatist leader convicted in terror funding case?

Radio Free Asia (May 17, 2022): New civilian death toll since coup ‘unprecedented’ in Myanmar’s history: A research institute says more than 5,600 civilians have been killed since February 2021

N. Satihya Moorthy, Observer Research Foundation (May 18, 2022): Maldives: Should the MDP be worried over poor turn-out in party poll?

The current political crisis began with a series of street protests over daily power cuts and food shortages. The opposition has called for fresh elections. In an attempt to stabilize the country, Rajapaksa installed his former rival Ranil Wickremesinghe as prime minister and called for a unity government. Wickremesinghe has served as prime minister several times before, and is broadly liberal and pro-democracy. He has called for greater ties with India, in contrast to Rajapaksa’s moves toward China.

Bharatha Mallawarachi, Krutika Pathi and Joe McDonald, The Diplomat (May 20, 2022): China Becomes Wild Card in Sri Lanka’s Debt Crisis: Beijing has promised to “play a positive role” in talks with the IMF and offered Colombo more loans but is reluctant to cut its debt

Niluksi Koswanage, Bloomberg (May 19, 2022): How Sri Lanka Landed in a Political and Economic Crisis and What It Means

Malaysia will likely call early general elections once the COVID-19 pandemic is over. Meanwhile, several of Malaysia’s states are due to hold elections in the next year. In Malaysia’s federal system, state governments have significant powers to make laws for their own states.

Several sets of elections could take place in Nepal within the next year. Local elections took place on May 13, 2022.

Nepal’s politics remain turbulent following the 1996-2006 civil war waged by Maoists. The main political factions are the various Maoist parties, which tend to lean toward China geopolitically, and the social democratic Nepali Congress, which tends to lean toward India. Congress currently heads the national government.

Nepal had planned to hold snap elections for the lower house in November 2021, following a protracted political crisis, but now the snap elections have been cancelled, and the current thinking is that the parliamentary elections will take place when they are due in 2023.

In the local elections, the ruling Congress alliance won the most seats. However, rapper (and structural engineer) Balendra “Balen” Shah won the mayoral race in Kathmandu, the first-ever independent candidate to do so.

Shristi Karki, Nepali Times (May 26, 2022): Nepal’s local polls a rehearsal for federal elections: Coalition partners are encouraged enough by the results to keep their alliance intact

Binod Ghimire, Kathmandu Post (May 16, 2022): Local polls: Nepali Congress looks set to gain, and also to be saviour of Maoists

Kathmandu Post (May 13, 2022): Rights body says elections were not peaceful as expected: Voting stalled in different parts of the country and clashes reported in some areas

Binod Ghimire, The Wire (May 13, 2022): Test of Democracy as Nepal Votes Today to Elect Over 35,000 Local Representatives

Madeline Keck, Global Citizen (May 16, 2022): Most Women Ever Elected to Samoan Parliament After Supreme Court Ruling