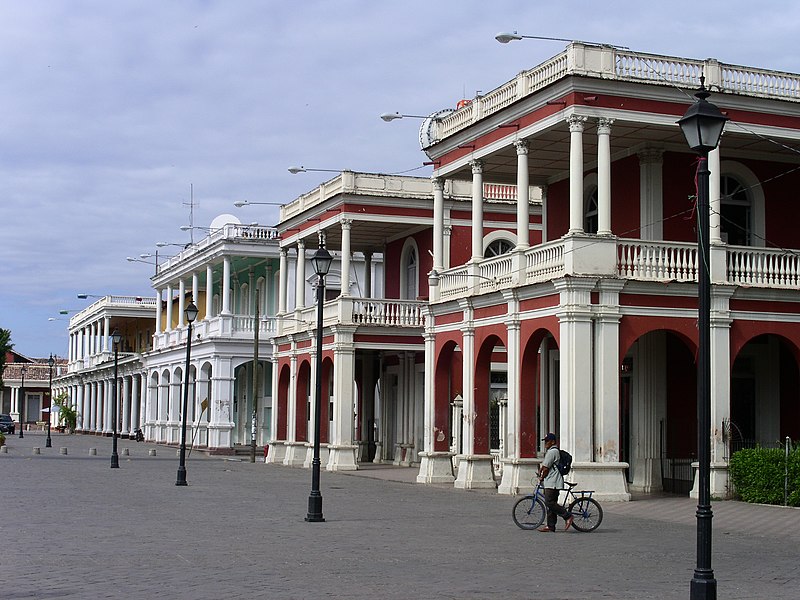 The town square in Granada, one of the most visited cities in Nicaragua. Nicaragua holds elections in November as the political space shrinks. Photo credit: Wikimedia/Shawn Millin (CC BY-SA 3.0)

Al Jazeera (May 24, 2021): At least 14 killed in Peru attack before presidential election

Will Freeman, World Politics Review (May 20, 2021): Either Way, Peru’s Election Is Bad News for Anti-Graft Efforts

BNAmericas (May 19, 2021): Chile constitution rewrite: What Moody’s will be monitoring

Honduras holds presidential and legislative elections on November 28, 2021, following the March 14 primaries. These elections are taking place in the context of polarization and a crisis of legitimacy sparked in part by increasing authoritarianism. The 2017 elections were turbulent, with at least 30 people dying in protests over allegations of fraud, and many believe that there is potential for fraud in the upcoming elections. More

Michael Stott, Kathrin Hille, and Demetri Sevastopulo, Financial Times (May 19, 2021): US to send vaccines to Latin America after Taiwan ally warns of pivot to China

The Rio Times (May 20, 2021): Maduro calls for elections as the only way to solve Venezuela’s crisis

I had an extensive conversation with @DanielRaisbeck in which we talked about Colombia, the alleged government repression and the possibility that in a year the extreme left will win the elections.

‘Colombia is a Democracy. This Must Be Respected’https://t.co/9ar438WrO8

Tom Phillips, The Guardian (May 21, 2021): ‘Brazil is a global pariah’: Lula on his plot to end reign of ‘psychopath’ Bolsonaro

Gustavo Ribeiro, The Brazilian Report (May 19, 2021 – podcast): Explaining Brazil #152: A president without a party

El Salvador held legislative and local elections on February 28, 2021. Allies of populist president Nayib Bukele won in a landslide, allowing him to consolidate his hold on the country with a legislative majority. His authoritarianism has grown since the legislative elections, and he has taken a number of actions that some have described as a “self-coup.” More

Al Jazeera (May 18, 2021): Five of Salvadoran president’s allies accused of corruption: US