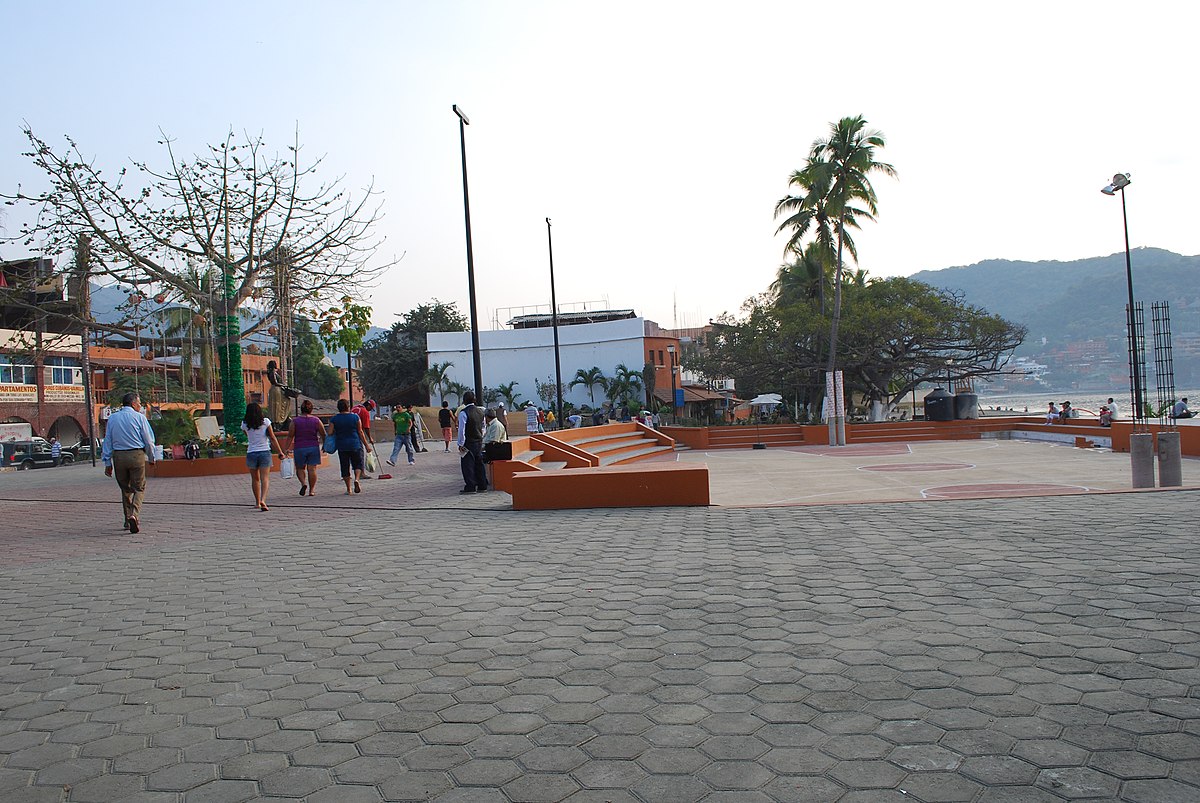 The main plaza in Zihuatanejo, in Mexico’s Guerero state. Guerero one of the Mexican states due to hold a gubernatorial election in June alongside legislative elections. Photo credit: Wikimedia/AlejandroLinaresGarcia (CC BY-SA 4.0)

Peruvian far-left candidate Pedro Castillo is set to win the country’s first-round presidential election, though he will face a run-off vote in June with an electorate fragmented after a year of political and economic crisis. https://t.co/mlImvyQgtQ

Pedro Castillo of "Free Peru," a party which describes itself as communist, shot out of thin air in the past few weeks to claim first place in tonight's Peruvian presidential first round.

It is a shock beyond shocks pic.twitter.com/7KZ4GNJD6x

Evo Morales endorses Pedro Castillo and said the two of them have spoken on the phone. Castillo supporters are pitching him as the Peruvian Evo.

“We lost in Ecuador but we won in Peru”https://t.co/gh974antdJ pic.twitter.com/MLurgOXjg7

Mexico plans to hold midterm legislative elections on June 6, 2021. These elections will be a key test for left-wing populist firebrand Andrés Manuel López Obrador (frequently called AMLO) ahead of the 2024 presidential election. In addition, 15 of Mexico’s 31 states will hold gubernatorial elections. More

Saint Lucia, a democracy with competitive elections and regular transfers of power, is due to hold parliamentary elections by June 2021. More

Brazil holds general elections in October 2022. Jair Bolsonaro, the right-wing populist firebrand president, is up for re-election. Former president Lula da Silva, a left-wing firebrand, was recently cleared of corruption charges, and could challenge Bolsonaro. The country remains deeply polarized between right and left, but some Brazilians are searching for an alternative candidate who could turn the political temperature down. More

The Rio Times (April 16, 2021): Lula willing to run against Bolsonaro in 2022 presidential election

Canada’s 10 provinces and three territories all hold provincial and municipal elections at different times. Yukon held territorial elections on April 12, following a rather turbulent Newfoundland and Labrador provincial election in March. Moreover, snap federal elections are possible if the opposition manages to oust PM Justin Trudeau’s Liberal minority government in a vote of no confidence.

Lee Berthiaume, The Globe and Mail (April 18, 2021): Federal budget likely to trigger political battles, but not an election

Emma Tranter, The Canadian Press (April 13, 2021): What next after Yukon election ends in tie? It could come down to drawing lots

Simeon Tegel, World Politics Review (April 16, 2021): With a New President, Ecuador Has a Chance to Heal

Will Freeman, Foreign Policy (April 15, 2021): Ecuador Just Voted Against Populism, but Its Democracy Is Far from Healthy

Bolivia held regional and municipal elections on March 7, 2021, and some races, including four gubernatorial races, held runoffs on April 11. These follow a rerun of the 2019 annulled general elections that took place on October 18, 2020 in which socialist Luis Arce won the presidency. Leftist firebrand Evo Morales has returned to the country to lead his party, although apparently not every member of his party loves him. Opposition candidates won the mayoral elections in 8 out of 10 of Bolivia’s biggest cities. These elections happened amid political tension over the arrest of former interim president Jeanine Anez. More

MercoPress (April 13, 2021): Major setback for Evo’s party: none of its candidates win governors’ elections in Bolivia

← April 2021 Election Review
Africa This Week: April 19, 2021 →
By continuing to browse the site you are agreeing to our use of cookies.
Share This