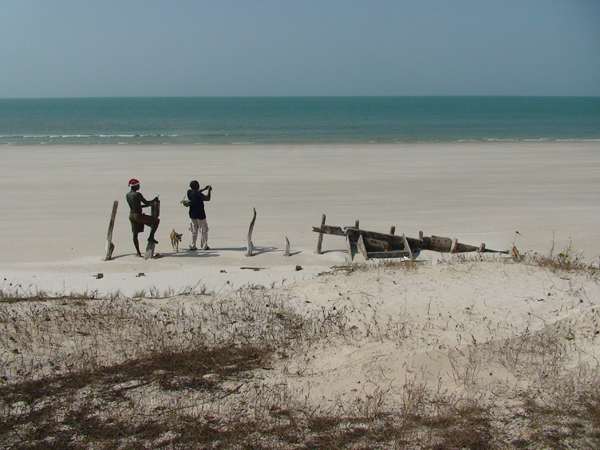 Abdi Ismail Samatar, Daily Maverick (February 7, 2022): Somalia is the tribalist Humpty Dumpty that nobody has been able to put back together again

The DRC will hold gubernatorial and vice-gubernatorial elections on April 6, 2022. After that, the country is due to hold general elections in 2023. The December 2018 presidential and legislative elections, which took place after multiple delays, were mired in controversy and dispute. The election commission declared opposition leader Félix Tshisekedi the winner of the presidential poll, but the Catholic Church, which deployed 40,000 election observers and is a highly trusted institution in the country, said that their data indicated a victory for another opposition leader, Martin Fayulu.

Patrick Gathara, Al Jazeera (February 6, 2022): Kenyan youth are not to blame for their election apathy: For decades, elections have hardly made a difference in curbing violent plunder by Kenya’s ruling class.

So… the Communist Party of Kenya is running in this year's elections, and their campaign music video is going viral (via @S_iele) pic.twitter.com/Zg8EQwByhQ

Dorcas Bello, The Africa Report (February 2, 2022): Nigeria: Are the pictures of rice pyramids an election tactic?

South Africa is due to hold general elections in May 2024.

Dubbed the “Rainbow Nation” by Archbishop Desmond Tutu, South Africa inspired the world with its nonviolent transition from apartheid in 1994. Since the end of apartheid and the subsequent victory of Nobel Peace Prize laureate Nelson Mandela, the African National Congress (ANC) has been South Africa’s dominant political party, winning every election since then. However, in the local elections on November 1, 2021, which took place in the context of unrest following the imprisonment of former president Jacob Zuma for corruption, the ANC had its worst election result since the end of apartheid, gaining less than 50 percent of the vote. More

Roger Southall, The Conversation (February 1, 2022): South Africa is in a state of drift: the danger is that the ANC turns the way of Zimbabwe’s ZANU-PF

There is an ever-present risk of a coup (and in fact, one was attempted in January 2022), and the next elections – due in November 2024 – could be delayed – there is a debate over whether holding the elections as scheduled or delaying them would be a better move for stability.

Vagner Barbosa, AP (February 1, 2022): Guinea-Bissau president: ‘Attack on democracy’ thwarted: The president of Guinea-Bissau says calm has returned to the capital of the West African country after prolonged gunfire around the government palace