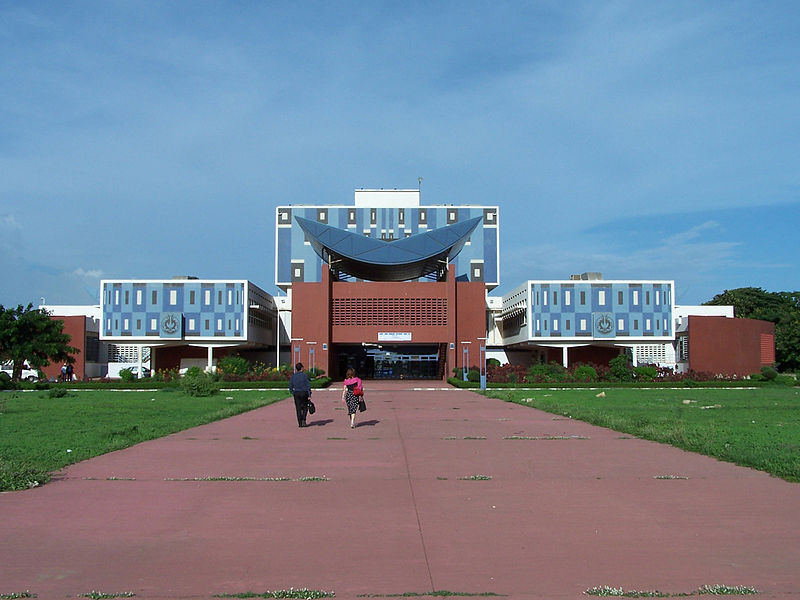 The library at Cheikh Anta Diop University in Dakar, Senegal, an example of distinctive “forceful geometry” that has become a characteristic of Dakar’s architecture. Senegal holds local elections on January 23. Photo credit: Wikimedia/Bess Sadler (CC BY 2.0)

An ongoing conflict between Farmaajo and Prime Minister Mohamed Hussein Roble and continual election delays are exacerbating the country’s instability.

Burkina Faso is due to hold local elections in May 2022, but delays are possible due to the growing security crisis. These follow presidential and parliamentary elections on November 22, 2020. The political climate remains uncertain as the country’s democrats seek to consolidate the young, fragile democracy. More

Daniel Eizenga, The Conversation (January 18, 2022): Another coup has been averted in Burkina Faso: but for how long?

RFI (January 16, 2022 – in French): Congo-Brazzaville: concern of the opposition ahead of a modification of the Constitution

Liberia is due to hold presidential and legislative elections in October 2023. The country’s 2017 election brought the first peaceful transition of power since 1944, but Liberia still faces some challenges as it seeks to consolidate democracy. More

Vava Tampa, The Guardian (January 10, 2022): As violence in the Congo escalates, thousands are in effect being held hostage

Mali has set presidential and legislative elections for February 27, 2022, following the August 2020 coup, but the interim government has proposed a delay to December 2025, sparking a backlash from neighboring countries and the international community.