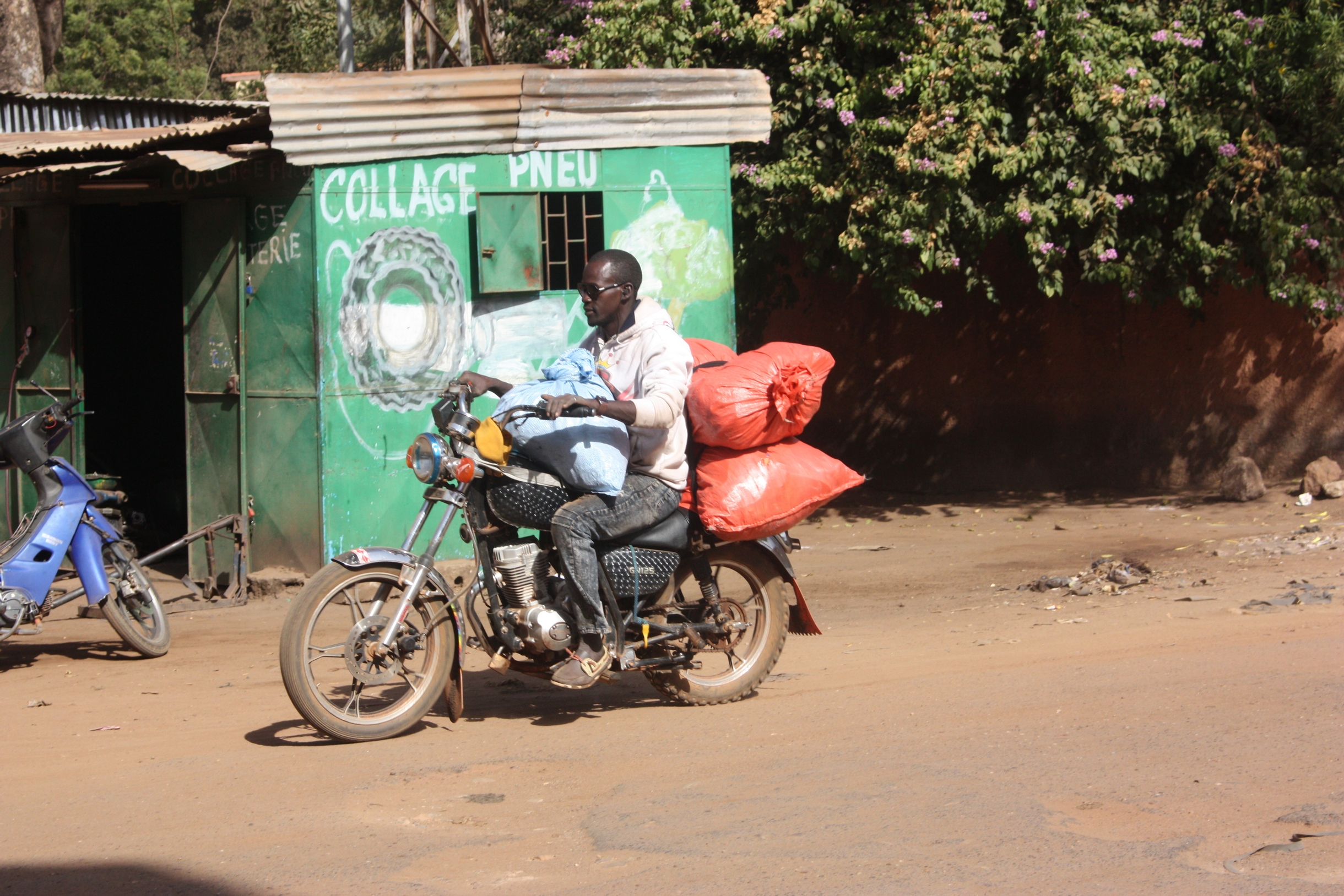 A motorcyclist in Bamako, capital of Mali. Mali will hold several sets of elections in the coming year following a coup. Photo credit: Iwaria/Mukaleng D (CC0)

In June 2021, Kenya will hold a referendum on eight constitutional amendments as proposed by the Building Bridges Initiative (BBI), a joint taskforce created by Kenyatta and Odinga in 2018. The amendments would create a prime minister and two deputies, in addition to other changes. Critics that these changes would further centralize power in Kenya.

Most recently, the arrest of an opposition leader sparked protests in March 2021. More

James Courtright, Equal Times (April 19, 2021): The protests may have stopped, but the embers of discontent continue to smoulder in Senegal

Ibrahima Mansaly, PressAfrik (April 15, 2021 – in French): Local elections in Senegal: no consensus on the date, after the meeting of the select committee

Bokar Sangaré, The Africa Report (April 14, 2021): ‘Mali was built on a foundation that has neglected its true nature’ says Ousmane Sy

Somalia was supposed to hold an indirect presidential election on February 8, 2021, following indirect parliamentary elections in December 2020. However, the elections have been delayed, and the term of President Mohamed “Farmaajo” has expired, leaving Somalia in a political and constitutional crisis. In April 2021, Farmaajo etendedd his term for two years.

Mohammed Ibrahim Shire, The Conversation (April 16, 2021): How a protracted political battle led to the extension of the Somalia president’s term

In contrast to the 2-year extensions 🇸🇴#Somalia's self-serving pols gave themselves which 🇪🇺@JosepBorrellF calls "a grave threat" and 🇺🇸@SecBlinken says "undermines peace & security," @somalilandmfa points out that #Somaliland is ready for parliamentary & local elections May 31. https://t.co/mJxJ1YyHXa

Cabo Verde, a stable democracy with regular elections and peaceful transfers of power, held parliamentary elections on April 18, 2021. The incumbent center-right MpD won, defeating the socialist PAICV (which had run Cabo Verde as a one-party state until 1990, but MpD won a historic victory in 2016).

Gen. Mahamat Idriss Deby is a 4-star general and will be the Head of the Military Council. pic.twitter.com/63RLnE44Cz

Doug Moursay, International Policy Digest (April 16, 2021): After Guelleh’s Election, Much of the Same for Djibouti

The Republic of the Congo (sometimes called Congo-Brazzaville) held a presidential election on March 20, 2021. Denis Sassou Nguesso, who has been president almost continuously since 1979 and rules with an iron fist, won re-election. Elections have not been free or fair. More

Nangayi Guyson, African Arguments (April 15, 2021): I was abducted by Museveni’s regime. This is what I saw.